Home » Ethnic: Indian » An Indian Getaway for My Tastebuds…

Today for lunch, my husband and I met with friends for lunch at a local Indian restaurant, Indian Grill. It has been a cuisine that has intrigued me for its complex flavors and exotic spin on preparing vegetables.

Indian cuisine varies from region, including Northern, Southern and Western. Our lunch was primarily dishes of Northern India. North Indian cuisine is distinguished by the higher proportion-wise use of dairy products like milk, paneer (cottage cheese), ghee (clarified butter), and yogurt. 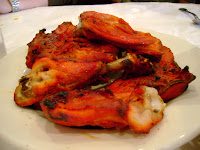 They also use a tandoor, a large and cylindrical coal-fired oven, to cook meats like Chicken Tandoori – which was part of our meal… The chicken is marinated in a yogurt seasoned with garam masala – garlic, ginger, cumin, cayenne pepper, and other spices depending on the recipe. 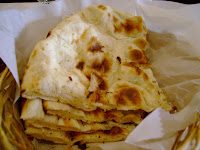 Another important feature on North Indian cuisine are flat breads. These come in many different forms such as naan – which was also part of our meal. Naan resembles pita bread and, like pita bread, is usually leavened with yeast.

Here is a plate created from our lunch buffet which includes lamb curry, saag, rice, and a Samosa, to name a few. 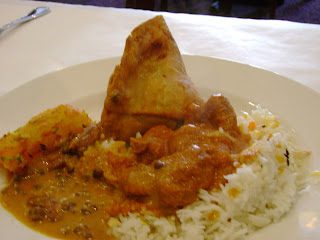 It was a wonderful, flavorful meal that hit the spot and warmed our bellies on a Saturday afternoon! 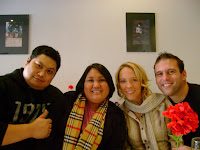 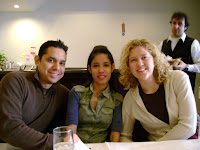