My friend and I indulged at the 8th Annual Chocolate Fest at Chicago’s Garfield Park Conservatory. 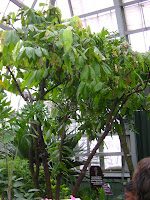 Chocolate grows on tress, appearing in its raw state as melon-like pods on tall trees (about 40-60 ft) known botanically as “Theobroma Cacao,” which means “food of the gods.” These tropical trees grow wild in Central America, as well as in South America, Africa and parts of Indonesia. 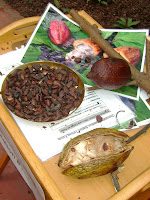 The cacao tree produces a fruit about the size of a small pineapple… and inside the fruit are the tree’s seeds, known as cocoa beans. These cacao beans are harvested only twice a year. 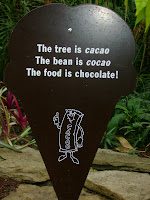 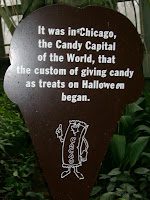 Here’s some info on the various kinds of chocolate:

Bittersweet chocolate – still dark, but a little sweeter than unsweetened. Bittersweet has become the sophisticated choice of chefs.

Converture – A term generally used to describe high-quality chocolate used by professional bakers in confectionery and baked products. It has more cocoa butter than regular chocolate. It’s specifically formulated for dipping and coating things like truffles.

Milk or sweet chocolate – Also known as candy bar chocolate. This is chocolate that has whole and/or skim milk powder added. It’s rarely used in cooking because the protein in the added milk solids interferes with the texture of the baked products.

Semi-sweet chocolate – This is slightly sweetened during processing and most often used in frostings, sauces, fillings and mousses. They are interchangeable in most recipes and is used a lot with home bakers.

German chocolate – Dark, but a sweeter chocolate than semisweet. German chocolate is the predecessor to bittersweet and has no connection to Germany. In fact, it got its name due to the German man who developed it.

It was a very educational and sweet time… and it gave me a new perspective to respect chocolate even more! 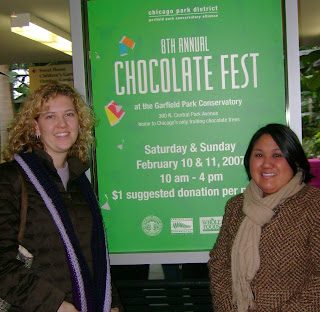