After a slight break in posts, (since I didn’t have anything blog worthy to add with previous meals), tonight I made dinner at home using a Trader Joe’s simmering sauce called “Cuban Mojito.” 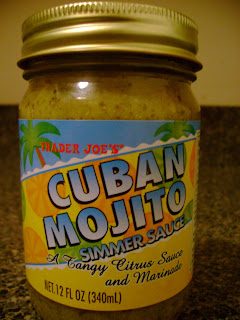 A Mojito is a traditional Cuban cocktail which became popular in the United States during the late 1980s, and has recently seen a resurgence in popularity.

It’s traditionally made of five ingredients: mint, rum, powdered sugar or sugar cane juice, line and club soda. Its combination of sweetness and refreshing citrus and mint flavors are intended to mask the potent kick of the rum, and Trader Joe’s captured it in a simmering sauce. I used this sauce as a marinade rather than a sauce for my chicken to simmer in. 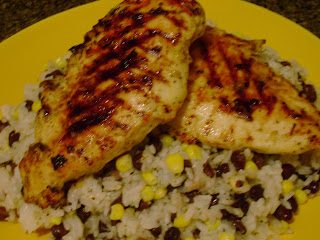 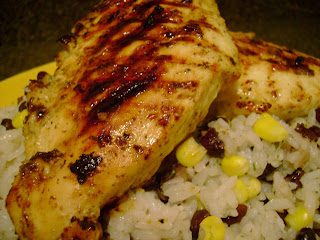