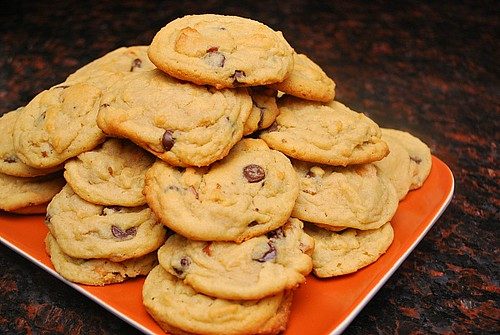 My friend’s cookie package has inspired me to make more chocolate chip cookies… since it is my favorite cookie in the whole wide world!
Ruth Wakefield was known for her sugar cookies, which came free with every meal, and were for sale in the Toll House Inn’s lobby. One day, while mixing a batch of sugar cookie dough, the vibrations from a large Hobat mixer against the kitchen’s wall, caused bars of Nestlé’s baker’s chocolate on the shelf above to fall into the mixer, where it was broken up and incorporated into the dough. Ruth thought that the dough was ruined and was about to discard it, when George Boucher stopped her and talked her into saving the batch. His reasoning was out of frugality rather than a prediction of the cookie’s future popularity. Logically, the accepted story of the cookie’s origin doesn’t hold up since Ruth Wakefield was an accomplished chef and author of a cookbook, so would have known enough about the properties of chocolate, and that it wouldn’t melt and mix into the batter to make chocolate cookies, while baking.

Preheat oven to 350 degrees F (175 degrees C). Sift together the flour and baking soda, set aside.

In a large bowl, cream together the butter, brown sugar, and white sugar. Beat in the instant pudding mix until blended. Stir in the eggs and vanilla. Blend in the flour mixture. Finally, stir in the chocolate chips.

Bake for 10 to 12 minutes in the preheated oven. Edges should be golden brown.

** This recipe can be doubled easily. 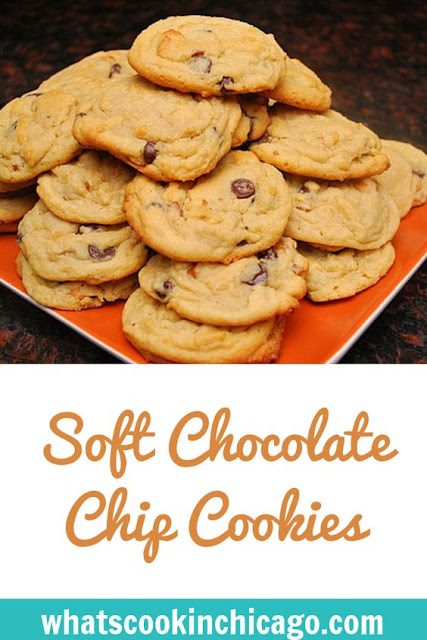