When did everyone suddenly become a foodie?? or…
What really prompted all this fascination with food?? 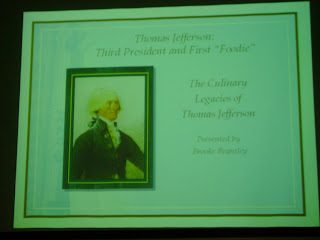 To answer that, you will have to turn the clock back to the 90s… the 1790s, that is, and see what Thomas Jefferson was up to before and after he penned the Declaration of Independence.

Turns out our third president, Thomas Jefferson and the culinary influences he brought from France to America from wine to olive oil to rice – continue to still touch us today. 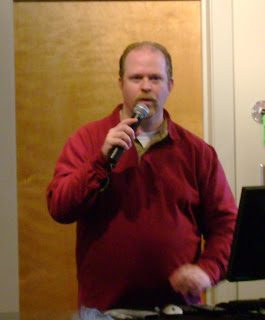 Brooke Brantley is corporate chef for McCain Foods USA in Lisle, Illinois and a graduate of the Culinary Institute of America. His culinary background includes hotels, resorts and country clubs and was most recently Professor of Culinary Arts at Collin College in Plano, Texas. During his time as a teacher, he researched Jeffersons impact on American cuisine and his culinary legacy. Brantley is also a former food columnist, has contributed to several cookbooks and is a frequent contributor to The Dallas Morning News Taste section.

Brooke’s presentation on Thomas Jefferson and his culinary contributions have paved the way and many current day foodies follow in the same footsteps towards the passion of foods and culture. I learned quite a bit and if you’re much of a reader, read up on Thomas Jefferson in the following books: 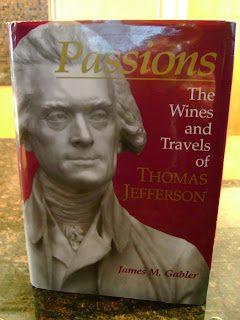 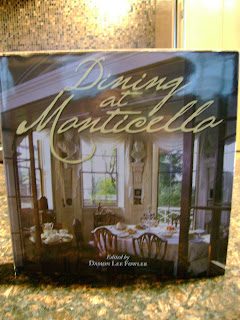