Well, in my efforts of using what I have in my pantry for the next month, I thought it would be fun to introduce tuna casserole to my hubby. He’s never had it and automatically, he conjured up a nasty mess on a plate. But alas, I showed him that tuna casserole is a good meal and doesn’t always have to involve a lot of canned goods to make. 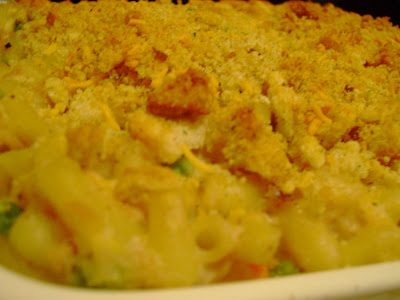 Casserole, as we Americans know it today, is an economical meal. Food historians confirm *modern* casseroles were known in the 19th century. They became popular in the 1930s when the Great Depression forced cooks to seek economical solutions to family meals. This cooking genre was continued in the 1940s (economic reasons) and 1950s-1970s (convenience reasons).

So when did tuna noodle casserole debut? Some food historians credit the Campbell Soup Company for setting the table. This company’s Cream of Mushroom Soup was actively promoted to American consumers in the 1930 as an quick and economical alternative to homemade sauces. Corporate advertisements, cooking brochures and cookbooks promoted casserole dishes. Tuna noodle casserole was among them. The company did not invent the recipe but it did, however, make it famous. The oldest Tuna Noodle Casserole recipe on file was published by Campbell’s in 1941! 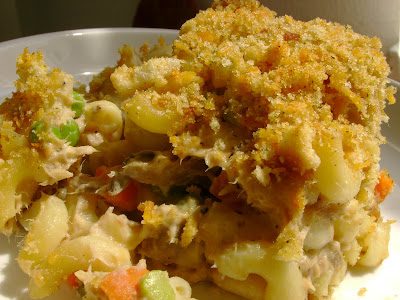 Here’s my Tuna Noodle Casserole recipe without the use of canned cream soups: 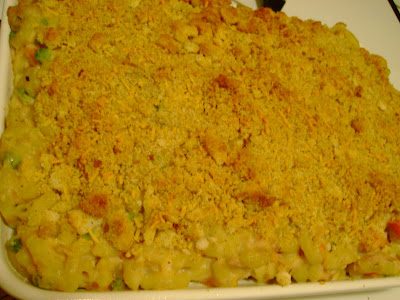