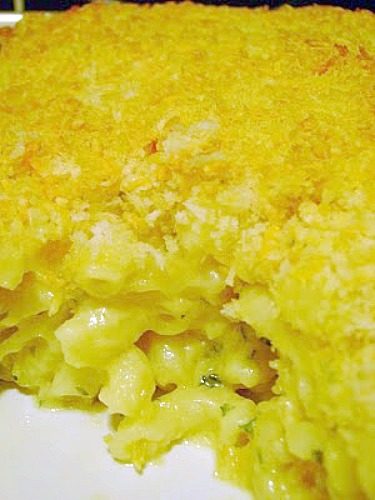 I was in the mood for comfort food and what came to mind was mac & cheese… homemade mac & cheese. Tonight it was served more as a side dish accompanying pork chops with steamed broccoli. 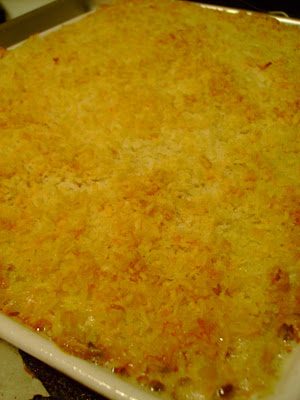 Originally, macaroni was consumed largely by the upper class, as a majority of the pasts was made in Europe. A few factories existed within the United States, but not enough for wide-spread distribution. After the American Civil War, more pasta-producing factories opened. This allowed the price to drop, and macaroni became available to the working class.

Macaroni increased in popularity throughout the country. The noodle could be served with a wide variety of toppings or sauces.

In 1937, Kraft Foods introduced the Kraft Dinner, macaroni noodles with a cheese sauce. The dinner has become radically popular.

In a sauce pan, melt butter.
Add flour and stir, cooking about 1-2 minutes.
Slowly whisk in half & half and let it thicken.
Take off heat and slowly add the 1 1/2 cups of cheese.
Place cooked macaroni in a large bowl or pot it was cooked in.
Add the cheese sauce to the macaroni; stir.
Stir in garlic powder and parsley; combine thoroughly.
Grease baking dish and add mac & cheese.
Spread evenly in dish.
Combine remaining cheese & breadcrumbs.
Top mac & cheeese with breadcrumb mixture.
Bake at 350 degrees for 35-45 minutes.
Let it stand about 15 minutes to firm up. 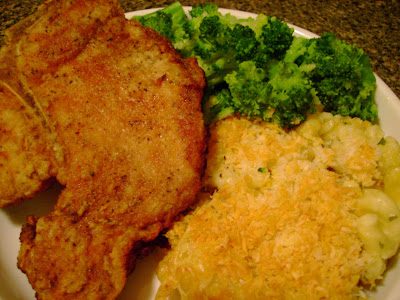