My husband grew up in the Philippines and moved to the United States when he was about 7 years old. Despite having lived a majority of his life in the US, he keeps his culture and heritage very close. Tonight’s dinner was one that brought him back to his childhood days in the Philippines, as “tocilog” filled our bellies. 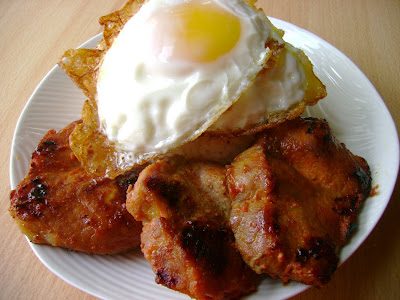 Tocino is a cured meat product native to the Philippines. It is usually made out of pork and is similar to ham and bacon. It’s often reddish in color and has a sweet taste. Tocino is often eaten with rice and a fried egg. This meal is often called “Tosilog” or “tocino, sinangag at itlog“, which literally means tocino, fried rice and egg. 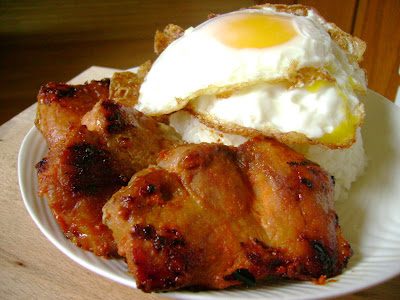 I cheated and used a tocino seasoning packet for my pork, and despite the easy way out, it as pretty good. Next time I’ll attempt to do it from scratch.