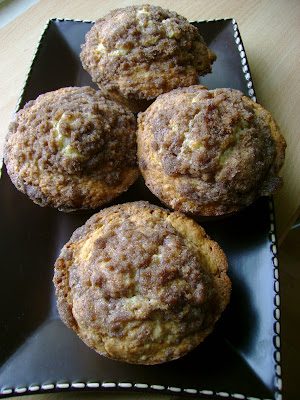 Its been awhile since I made some baked goods for breakfast… so I took the oppoprtunity today to do just that! The sweet and comforting smell of cinnamon wafting from my kitchen was evident with my cinnamon streudel bakery muffins. 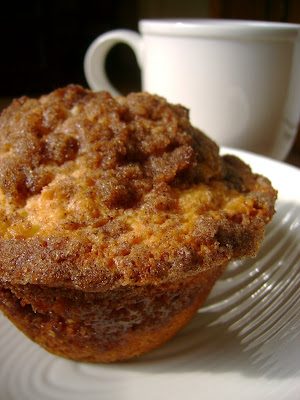 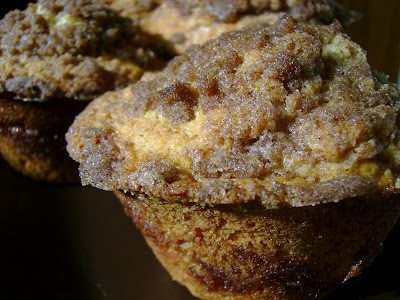 The “quick” early versions of muffins may have started out as a form of small cake or possibly an adaptation of cornbread. Early versions of these muffins tend to be less sweet and much less varied in ingredients than their contemporary forms. Made quickly and easily, they were useful as a breakfast food. They also rapidly grew stale, which prevented them from being a marketable baked good. In the 1970s & 1980s, the decline in home-baking, the health food movement, the rise of the speciality food shop, and the gourmet coffee trend (exemplified by Starbucks) all contributed to the creation of a new standard of muffin. Preservatives in boxed muffin mixes, the addition of whole grains and natural ingredients and gourmet flavors that paired with the coffee trends all contributed to the way we identify muffins today.

Here is my recipe for cinnamon streusel bakery muffins: 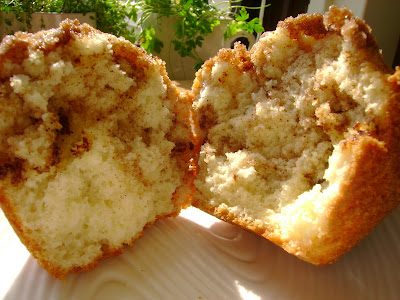 You can use this same recipe to make a cinnamon coffee cake or smaller muffins.
Previous Post: « Paella, paella!
Next Post: The Union of Curry & Rice »