Today my group and I ventured into African cuisine, specifically Ethiopian. Here in Chicago we have a small population of Ethiopians who have been making their mark through numerous restaurants scattered around the city. Currently, there are at least 6 Ethiopian restaurants in Chicago. 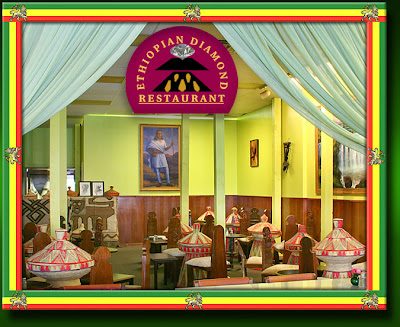 To experience Ethiopian cuisine at its finest, we had lunch at the Ethiopian Diamond restaurant. It’s a popular restaurant known for bringing out the bright and fragant flavors of the cuisine.

Dining in Ethiopia is characterized by the ritual breaking on injera and eating from the same plate, signifying the bonds of loyalty and friendship. These bonds are often demonstrated in the form of gursha – that is the placing of food in the mouth of another diner from one’s own hand. Ethiopian dishes are known by the variety of spices from which they get their exotic tastes. Watt is a stew that comes in the form of beef, lamb, chicken , fish and vegetables. These range from spice to very mild. The mildly seasoned watt is called Alicha. Vegetarian dishes are also very popular in Ethiopian cuisine, especially during the religious season of Lent. The variety of watt and alicha made of lentil, peas and other vegetables are just as popular and tasty as those with meats. — Ethiopian Diamond Restaurant

Here are pictures of the feast we enjoyed along with a trip across the street to Kukulu, an Ethiopian grocery shop specializing in Ethiopian grains, injera and coffee.

Drinks: Ethiopian Tea
This tea is fragrant and relaxing. It includes all spice, cardamom
and a cinnamon chip that are all boiled
and steeped in water to create a flavorful tea. 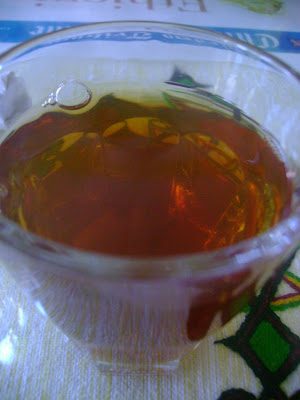 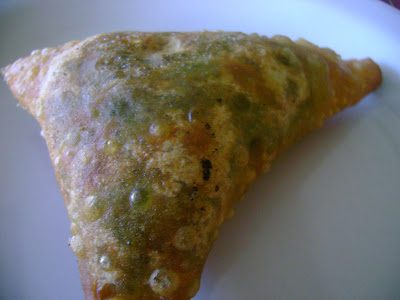 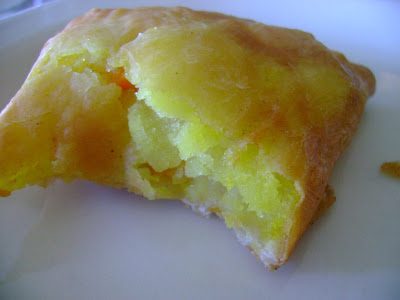 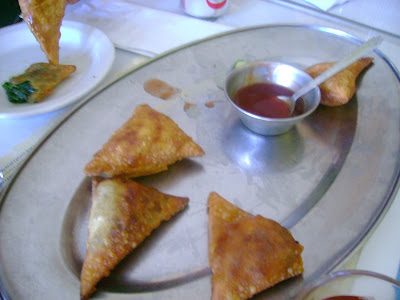 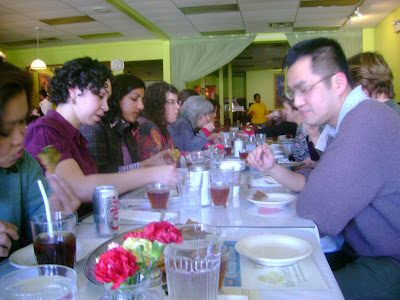 Taste of Ethiopia
We shared platters like this for every four people.
Read on to learn about each item featured. 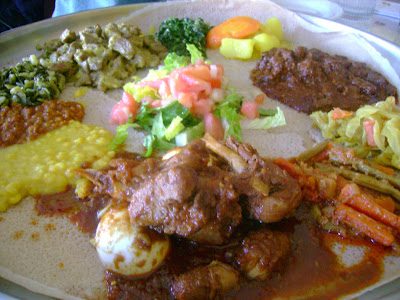 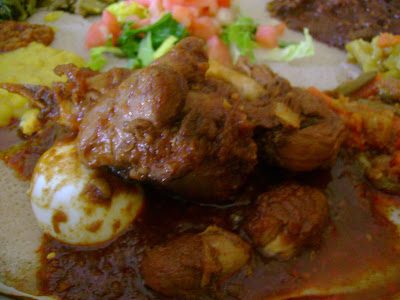 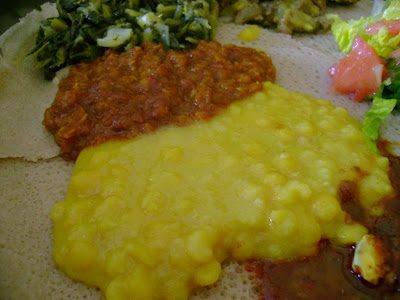 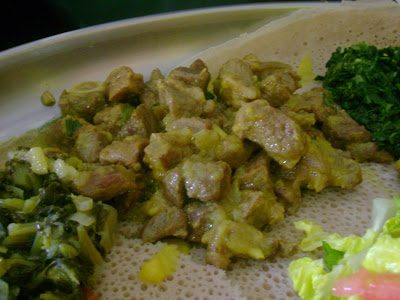 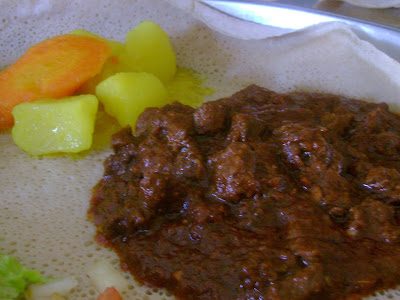 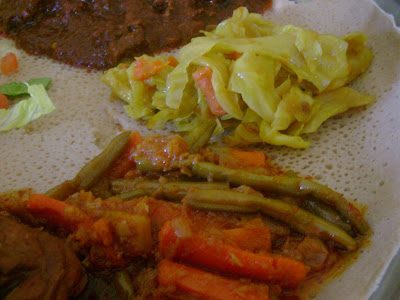 Injera
Injera is the traditional Ethiopian bread that is part of every entree. It’s a pancake like bread on which the various stew dishes are served. The traditional way of eating it is with your fingers. A bit sized piece of injera is broken off to pick up a mouth full of the chosen dish. 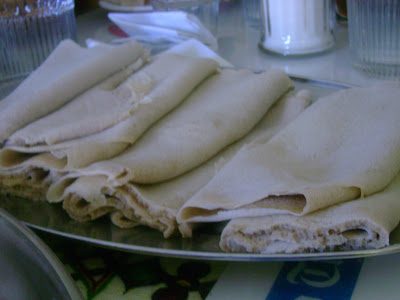 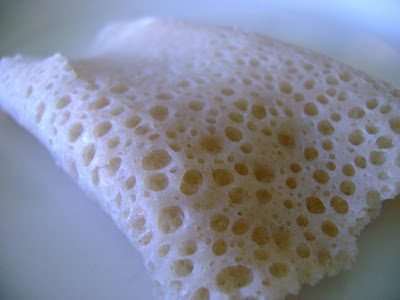 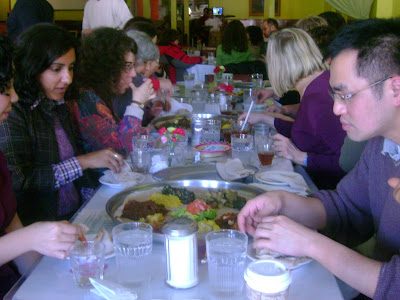 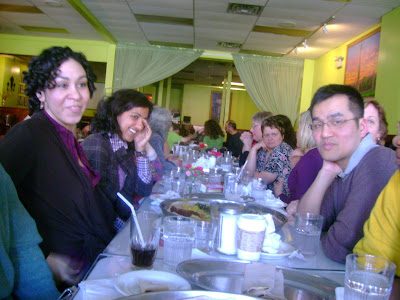 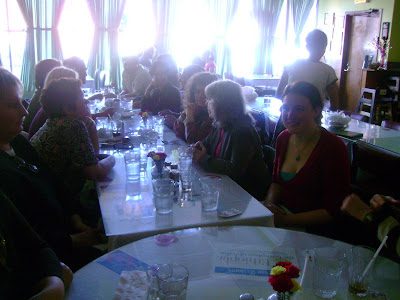 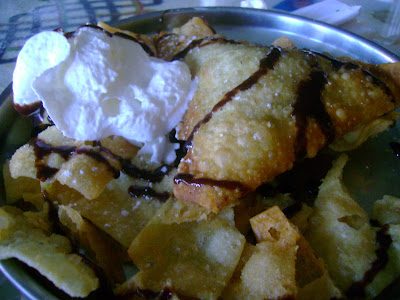 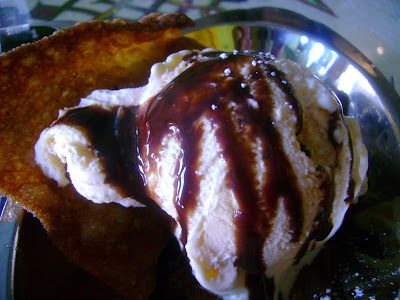 After lunch we headed across the street to Kukulu Market,
which specializes in Ethiopian products. 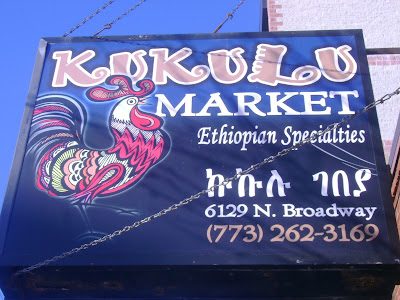 It’s a small shop that is modestly filled with a few Ethiopian wares
and ingredients native to Ethiopian cuisine. Here’s a pic of Ethiopian coffee pots
that line the storefront window: 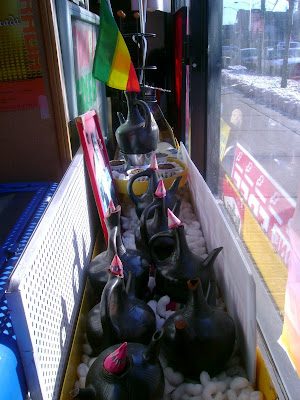 The owner of the shop was kind enough to provide a little talk on Teff,
a small grain used to make Injera. Here’s pic of Teff that’s sold in his store: 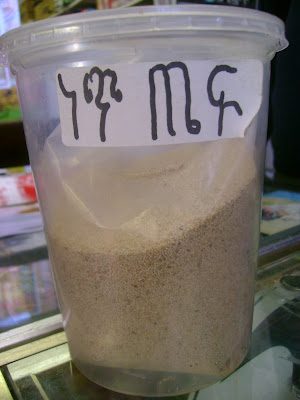 Injera is often made from locals who bring it to the store for purchase.
Here’s a picture of shelves full of injera ready for consumers.
They even make some injera in the store too: 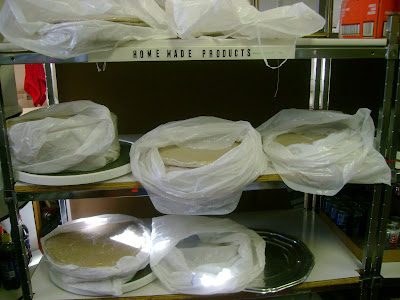 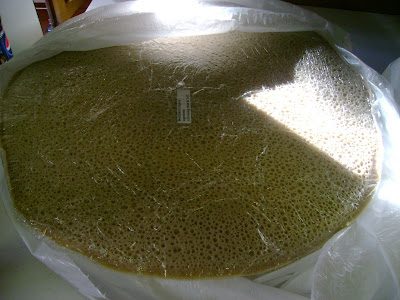 Ethiopian cuisine is full of flavor and its due to their use of various spices.
Here’s a pic of some spices used in cooking: 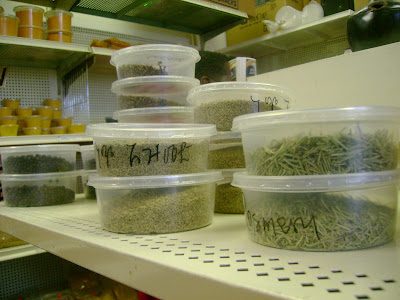 Ethiopia is also made popular for the quality of coffee they produce and export. Here’s a pic of shelves in which they sell Ethiopian coffee at a fraction of the cost found in other large chains: 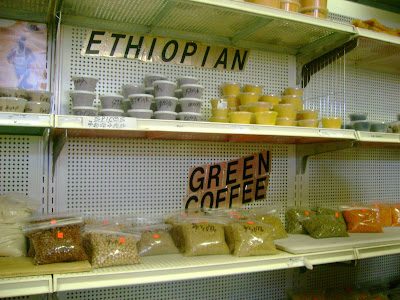