So what’s the Foodie Freebie this week? Well, this is a very special foodie freebie… especially if you appreciate the knowledge, scientific enthusiasm and humor of Alton Brown. Of course, before I tell you what the freebie is, allow me to provide some background…

BUT if you don’t know who Alton Brown is, well perhaps this foodie freebie is not for you. In fact, if you truly don’t have the faintest clue of what this man is all about, it’s best you stop reading now and peruse some recipes or other adventures on my site. Are you still with me? Good. Continue reading… 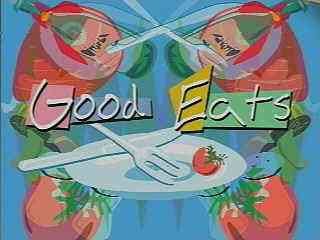 Now Alton Brown’s show, Good Eats, is extremely popular on the Food Network channel. However, did you know that the pilot for Good Eats first aired on Chicago’s PBS member television station (WTTW) in July 1998? Yes, that’s right… another reason why Chicago is on the culinary map! The Food Network picked up the show a year later in July 1999, and continues to air new episodes.

I had the pleasure of meeting Alton Brown twice in the past two years and will be seeing him again this coming March. The first time I met him was quite an embarrassing run in. (I’ll divulge that story at the end of the week, if you’re really interested.) He’s an extremely intelligent and kind person, very down to earth and someone to be admired. So by now you’re probably ready to know what the foodie freebie is, right? This week’s foodie freebie is an Alton Brown giveaway which includes: 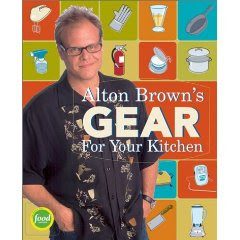 Alton Brown’s Gear For Your Kitchen

I hope the lucky winner will enjoy this special Alton Brown foodie freebie… and thinks of Chicago when watching Good Eats in the future! Here’s how you can get in on the Alton action:

To enter the giveaway, leave a comment about:
– Your favorite Alton Brown ‘Good Eats’ episode and why. Are there any episodes of this show that stand out to you? I’d love to hear your thoughts on Alton Brown!

Winner will be randomly chosen by Random.Org’s Interger Generator based on the number of your comment and will be announced on Friday, January 16, 2009. Good luck!