In honor of Black history month, I prepared this following dish for this month’s Chef Spotlight dinner where we highlight African American chefs. This recipe comes from Aaron McCargo Jr. 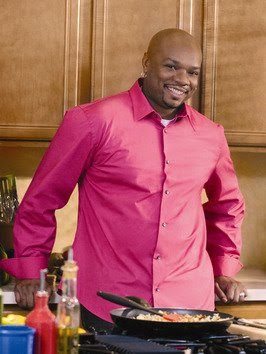 Aaron McCargo, Jr. competed on and won season four of The Next Food Network Star in 2008, beating out thousands of culinary hopefuls for the ultimate dream job – his own Food Network show. Big Daddy’s House premiered August 3, 2008 and ranked as the number one “In the Kitchen” weekend show during its initial six-episode run. Food Network renewed the show for a second season, which premiered January 4, 2009. Big Daddy’s House averages a 25% African-American audience, helping to raise the overall racial diversity of the network’s viewers.

On Big Daddy’s House, Aaron shares his passion for big, bold flavors and fun, family cooking. From comfort foods to barbeque favorites to breakfast delights, Aaron whips up mouth-watering recipes inspired by many years of culinary experience and his fun-loving family while bringing a down-to-earth vibe and warm smile to the kitchen. Whether cooking with his children, relatives, friends, or even by himself, big food and big fun reign supreme.

A family man who adores all things flavorful, Aaron’s passion for cooking was sparked at the age of four when he started baking cakes in his sister’s Easy Bake Oven. Always an entrepreneur at heart, Aaron began making and selling cakes and cookies to his childhood friends. At the age of 13, Aaron was as a Junior Volunteer in the kitchen at Cooper Hospital University. He has since worked in nine New Jersey restaurants including casual and fine dining. In 2003, Aaron opened his own restaurant in Camden, N.J., called McCargo’s Restaurant, which closed in 2006. Most recently, Aaron served as the executive VIP catering chef at Thomas Jefferson University Hospital in Philadelphia. He attended Atlantic Cape Community College’s Academy of Culinary Arts. – Food Network 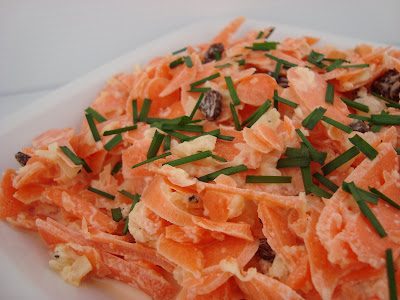 Cover with plastic wrap and refrigerate for at least 30 minutes before serving, allowing flavors to m