In honor of Black history month, I prepared this following dish for this month’s Chef Spotlight dinner where we highlight African American chefs. This recipe comes from Pat & Gina Neely. 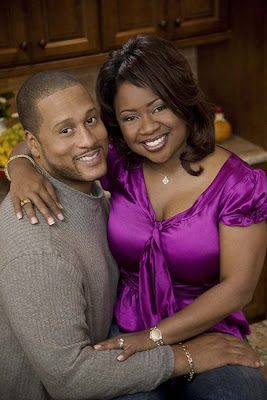 Patrick Neely began his career in the restaurant business when he was only 15. He and his older brother, Tony, learned the art of slow-cooked southern barbecue using indirect heat by working at their uncle Jim Neely’s restaurant, Interstate Bar-B-Que in Memphis.

On their website, Interstate Bar-B-Que claims that they were the “first to put the Neely name on the Memphis BBQ scene.” In February 1988, Pat and his three brothers, Tony, Gaelin, and Mark, opened their first barbecue restaurant, Neely’s Bar-B-Que, in downtown Memphis with nothing more than a few tables and chairs, a barbecue pit designed by their Uncle Jimmy, and $20,000 they had borrowed from their grandmother. They eventually earned a good reputation based on hard work, great food and consistently good service. The Neelys now have three restaurant locations: two in Memphis, and one in Nashville. Pat’s brother Tony moved to Nashville to head up the new restaurant there. Additionally, they operate several concession stands in the Memphis FedEx Forum (one of the company’s main logistics hubs) and their products are sold online and in selected grocery stores nationwide. Gina handles the restaurant’s catering division, which accounts for over 25% of the restaurant chain’s total sales. ~ Wikipedia 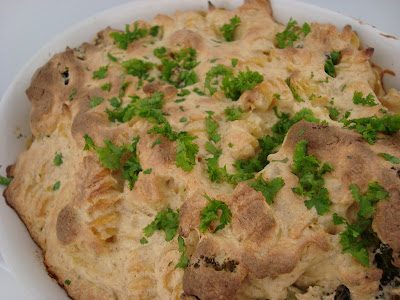 Melt 6 tablespoons butter in a large saucepot over medium heat. Add flour and cook, stirring, for 1 minute. Whisk in the warmed milk and bring to a boil, continue to whisk constantly. The mixture will thicken as the heat increases. Continue to stir while adding

the dry mustard, nutmeg, cayenne, salt, pepper, hot sauce and Worcestershire. Stir in the 3 cups of Cheddar until it melts.

Pour the cheese sauce over the noodles and add to a 3 quart casserole dish.

Sprinkle the chips, bacon and Parmesan on top and bake for 35 minutes.