In honor of Black history month, my friend Jen prepared this following dish for this month’s Chef Spotlight dinner where we highlight African American chefs. This recipe comes from Warren Brown. 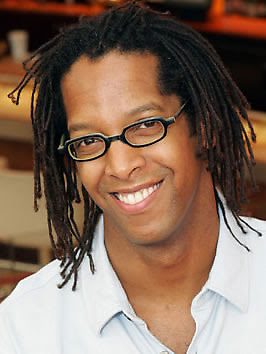 Warren Brown, host of Sugar Rush, is an entrepreneur with a spirited passion for enjoying life.

Warren left his career as a lawyer to become a baker in 2000. Armed with a credit card and a sense that people wanted something better than what was currently on the market, he founded CakeLove, a bakery. With luck and fortunate timing, both the public and media recognized his passion and delicious scratch-made cakes.

In 1999, Warren pursued a New Year’s resolution that changed his life. He resolved to end his fear of flour and learn to bake. Although he began cooking as a young boy and practiced constantly over the years by sharing his creations with friends and family, baking was unfamiliar territory. His resolution uncovered a new dimension in the kitchen that he quickly recognized was his calling.

He has been recognized in the national media, including The Oprah Winfrey Show, The Today Show, Dateline, Fox News Sunday, GQ (June 2005), Inc Magazine’s 26 Entrepreneurs We Love (March 2005), People, Reader’s Digest, Southern Living, Black Enterprise, The American Lawyer, Kiplinger’s Personal Finance, The Washington Post, The Washington Times, Washingtonian magazine, The Plain Dealer, Brown Alumni Monthly, The George Washington University alumni magazine, What Should I Do With My Life? by Po Bronson and Baking From The Heart, published by Share Our Strength, and Best Of The Best Of, by Marc Silverstein. – Food Network 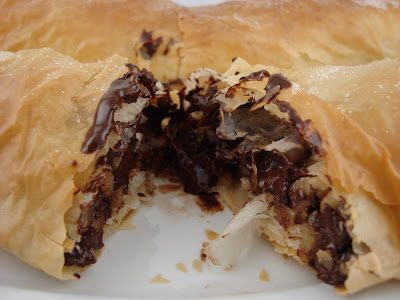 Note: The amounts for the ingredients are up to the user.

Preheat the oven to 400 degrees F.

While oven is preheating, use a chef’s knife to chip chocolate off the block, or crush pistoles into small pieces. This is a fun step that creates a lot of chocolate shavings that can be fun for guests to help clean up by eating. The irregular shapes are good too because they create depth of flavor in the final product due to varying masses of chocolate tucked away in the burrito’s rolls.

Zest the lemon and set aside. Mincing is not necessary.

Crush the walnuts between your palms or gently break with a rolling pin in a towel. Set aside.

Put granulated sugar in a bowl for sprinkling onto the burrito.

Sprinkle on chocolate, zest, and nuts, to taste. Be sure to allow room for rolling without bursting the roll. Sugar isn’t really necessary inside the roll but a little can be nice.

Roll up the dessert just like a burrito: tuck in sides toward the front then roll up. Also, a straight roll like sushi is fine.

Sprinkle phyllo with sugar, put on a baking sheet (no greasing or parchment necessary), and bake for 5 to 8 minutes until just barely browned. 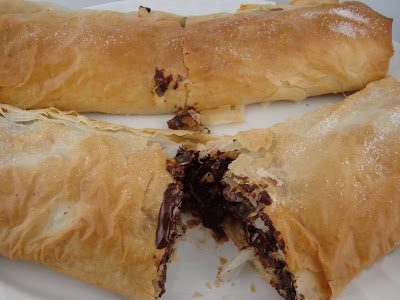