This week for our Tuesdays With Dorie baking challenge, Kelly of Baking with the Boys chose Dorie’s recipe for Fresh Mango Bread. It’s a delicious recipe that is more reminiscent of a cake than a (quick) bread. 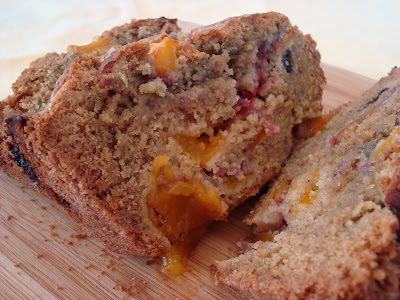 I didn’t have much luck finding good, juicy mangoes at the grocery store, so I settled for frozen mango chunks… but not just plain mango chunks. This package of “Mangolicious” frozen mangoes caught my eye which included some frozen raspberries and blueberries. 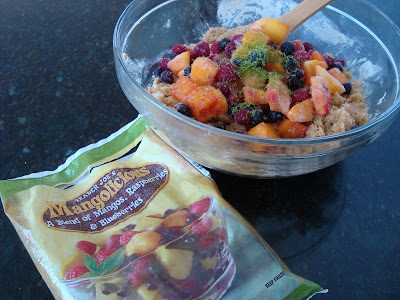 The dough wasn’t exactly a batter, as one would assume for this supposed quick bread. It was rather crumbly, especially when the fruit was introduced. I was sure I botched something along the way since I packed the dough into my loaf pan… 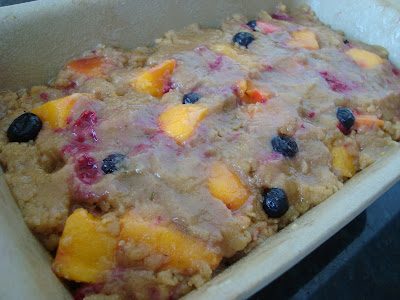 But after baking for almost an hour and a half (which I thought was rather long), it did come out nicely. I liked how the raspberries and blueberries gave the bread some bursts of color and I look forward to making french toast with this later in the week! 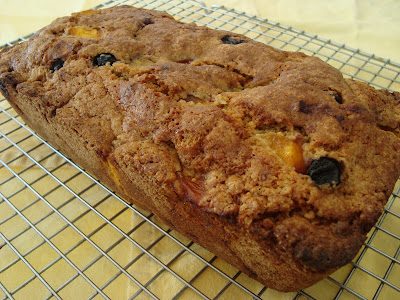 Be sure to check out how the other Tuesdays With Dorie bakers did with their Fresh Mango Bread! 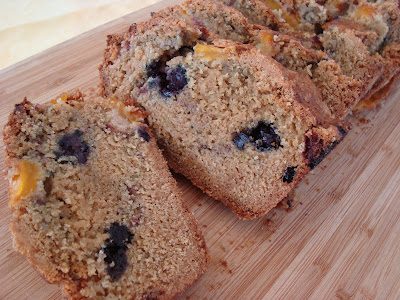