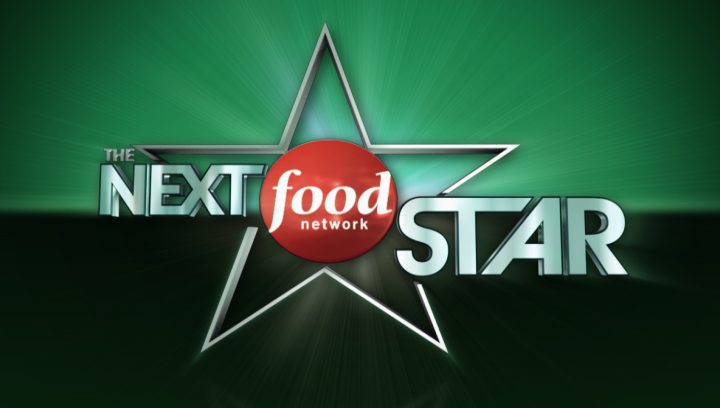 So when I announced that Food Network is hosting a casting call in Chicago (as well as various cities in the country) to friends in my foodie circles, I had no intention of going. I’m not particularly a fan of the new Food Network and it lacked a few things in the recent years in terms of culinary content that appeals to me.

I was perfectly content in passing on the information of the casting call and minding my own business until my friends and family stepped in.

They refused to let me pass up on the opportunity, especially since the auditions would be within walking distance to where we live. To encourage me even more, I had 2 professional photographers provide complimentary photo shoots for headshots, a make up artist provide complimentary makeup for the photo shoots, friends who literally sat me down and went over every question on the Food Network’s 11 page application and took notes of my responses, friends who believed in me and encouraged me to take the chance. They knew my personal thoughts on Food Network… however, they mentioned something that really hit me. If I’m not happy with Food Network’s programming, do something about it if given the chance, rather than letting it pass me by. So I did. Here I was with a great opportunity to share my thoughts and ideas for culinary content that could add to the network.

The auditions are a typical “cattle call.” What this means is that it’s a process in which hundreds, if not thousands of applicants are given the opportunity for a certain number of spots; in this case, to be a semi-finalist or finalist for the upcoming Next Food Network Star reality show.

Those who are familiar with cattle calls (also known as open call auditions), need to keep a few things in mind. The audition is essentially for a television reality series where culinary talent is imperative. You may have the talent, but because this is for television, you also have to understand how the entertainment business works.

Tip #1: A talent agent will be helpful. If you have an agent to represent you, you may have a better chance in having your application, resume and headshot seen by the casting director versus a cattle call. An agent will be able to make sure you’re given the exposure you deserve and as a result, you won’t need to attend a cattle call. (Think: it’s not what you know, it’s who you know…)

Tip #2: When attending a cattle call, LOOK the part. Come prepared to be on camera and dress accordingly. Work with someone who can make sure you dress with colors that truly compliment your skin tone, hair, age, style so that you look your best in person and on camera.

Tip #3: Speaking of looking the part, most cattle calls will ask applicants to bring a recent photo. Translation: bring a headshot. This is a television audition so don’t just print out pictures from your Facebook page. The most appropriate way to get a headshot is to have a professional do it and have it printed on custom photo paper. Previously, black and white headshots were the industry norm, but these days, color is being used more frequently. Also, aside from providing a recent photo, be sure you look just like you do everyday. Avoid heavy makeup and over-styled hair. Your headshot should match what you look like for the cattle call in terms of makeup and hair (so don’t get a headshot and get your hair styled or cut drastically for the audition.)

Tip #4: Bring a professional and applicable portfolio. The portfolio should include the completed application, your professional headshots, your appropriate resume – nothing more and nothing less.

– Application: Be sure it is filled in full and preferably, have your responses typed. Casting crews don’t have the time or patience to read or decipher hand written responses, especially if your handwritiing isn’t neat and clean. Your application should be completed honestly, truthfully and in full… and keep in mind your responses may need to be verified. Back up what you say because if you aren’t truthful, they’ll find out.

– Professional headshots: These should be the standard size of 8×10, portait format. This audition requested 2 photos, so I personally submitted one in color and one in black and white…. two different shots taken, highlighting my right side and left side.

– Professional resume: Some folks that may attend the cattle call may not be working in the culinary/food industry (myself included, at least not full time.) If this is the case, you will need to create a resume that emphasizes your culinary involvement since this is in fact an audition for a culinary television reality show. You need to indicate what you have done personally that is applicable to the role. The more you do to support your culinary interests, the better.

– Portfolio: Use a nice, professional folder to present your application, headshots and resume in. How you present your documentation is just as important as how you present and carry yourself. Besides, if placed in a nice package, it’s less likely to end up in the “circular file.”

Tip #5: Be prepared for a video camera. The audition involved being interviewed with a casting associate who asked 3 short, simple questions. The entire interview is video taped so they can review them later. It goes by fairly quick where you come in, sit down, get asked the questions as the video camera is rolling, and it ends by them informing you that if you’ve got the potential or something we want, we’ll give you a call (aka a casting callback.) That’s it… short, sweet and simple.

Callbacks: The callback is usually within 24 hours… since the casting crew schedules 2 days in each given location. If you’re given a callback, you will be asked to bring a dish for them to taste, which they will ask additional questions. If you’re not given a callback, it’s just not meant to be.

[As for me, I did not receive a callback, so it’s just not my time. I was already busy with a magazine shoot yesterday and would not have been able to whip up a dish, had I been called. Regardless, I’m happy to be where I am in life and thankful for the opportunity nonetheless. I have quite a bit of other opportunities in store so I still have my hands full with lots of cooking and baking going on in the future! ]

These are all pretty basic tips but I’ve seen several folks disregard them, at least when I went to the audition on Sunday. Prior to the audition, I had visions of American Idol auditions, as they played out on tv… and sadly, it was very similar. So consider the above tips if you plan on attending and hopefully you’ll better your chances.

I’m not sure if the industry standards apply for the Next Food Network Star casting call. Usually, the director and producers have already decided on specific people for a tv reality show before the casting calls or are only in need of finding a few more candidates to fill remaining spots. The main thing is, understand that aside from having the culinary talent, the auditions are also competitive since it is the entertainment business.

So if you’re planning on auditioning and attending a cattle/casting call, Break A Leg!!