This week’s Tuesdays With Dorie baking challenge is Dorie’s Applesauce Spice Bars, chosen by Karen of Something Sweet by Karen (who has the recipe within her blog). Instead of making these in bar form, I went with mini cakes using my giant muffin pan to yield six individual cakes. 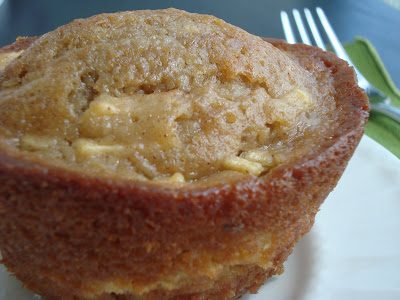 For the cake batter, this recipe called for flour, baking powder, baking soda, butter, brown sugar, eggs, vanilla extract, applesauce… and the addition of a couple great spices such as cinnamon and allspice. These two spices pair nicely with apples that it really enhanced the apple flavor. A few ingredients were added for more flavor and texture including a chopped apple, pecans and raisins (which I omitted). 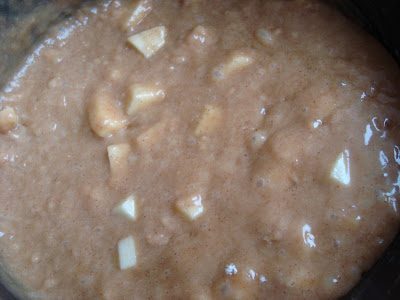 Once the batter was fully combined, I placed them in my giant muffin pan tin to bake until done. 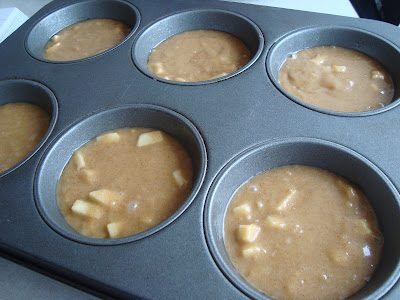 The original recipe called for a glaze to top the bars once they were cooled… but I opted not to do the glaze since these mini cakes were already packed with flavor and sweetness. Overall, this was a nice recipe and it makes me long for fall weather… although with the chilly summer Chicago is having, I know we’ll get our share of fall weather soon enough! 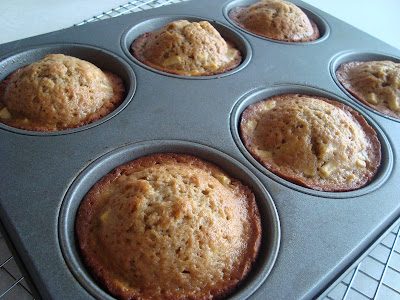