This week’s Tuesdays With Dorie baking challenge is Dorie’s Brownie Buttons, chosen by Jayma of Two Scientists Experimenting in the Kitchen (who has the recipe within her blog). I’m a fan of small bites whether they are sweet or savory so this recipe is great if you just need a little nibble of something sweet. The recipe doesn’t make too many buttons, so pace yourself! 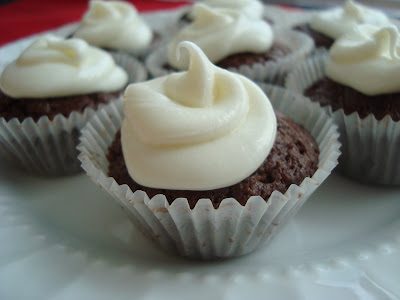 The recipe starts out with a simple brownie batter made with flour, salt, butter, bittersweet chocolate, light brown sugar, vanilla extract and egg. An optional addition is orange zest mixed with some sugar. I included this when I made the recipe and boy, does that orange zest give the buttons a nice refreshing kick! All the ingredients are combined in a saucepan and portioned out into a mini muffin pan. The recipe yields sixteen (16) brownie buttons – not a whole mini muffin pan of 24… which I thought was an interesting proportion. 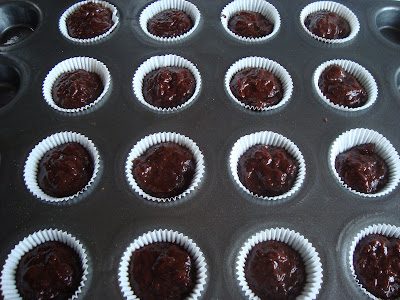 After baking for a mere 14-16 minutes, these little guys cooled a bit before getting topped with some leftover cream cheese frosting I made for another recipe. The original recipe called for dipping the top of these buttons in melted white chocolate… but the cream cheese frosting was delicious all the same. 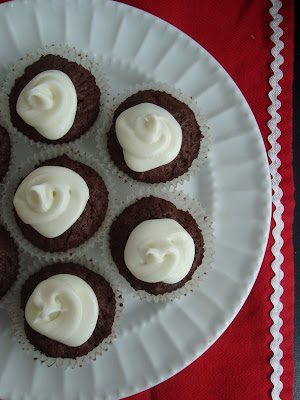