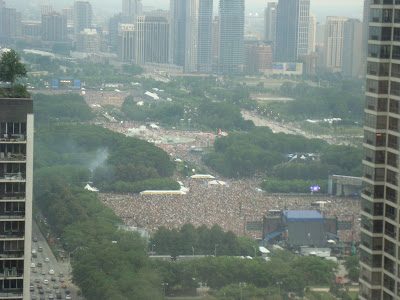 One of the things I truly enjoy about Chicago are the number of festivals and concerts hosted here. We’re lucky to live so close to all the action and I can’t complain about the fabulous city views I get from my kitchen. This is the weekend of Lollapalooza, a music festival featuring several music bands and other entertainers. Thousands of people all over the country come to Chicago to enjoy the many concerts for three days, which started on Friday, August 7th. Since today is the last day of Lollapalooza here in Chicago, I wanted to share how girlfriends and I spent the night on Friday, August 7th while overlooking the masses of people at Lollapalooza, as seen in the above picture.

I invited fellow cheftestants that competed in the RedEye Virtual Kitchen Stadium (VKS) to a post-celebratory potluck in honor of all the culinary creativity and effort we put into the VKS. Unfortunately only the ladies who participated could make it… so the guys missed out! It was a ladies night in which was fun nonetheless and we all prepared a Mexican inspired dish to share at the table. Some of the dishes made were recipes of our VKS celebrity judge, Chef Rick Bayless. Here’s what we enjoyed for our potluck dinner, along with a few links to recipes. 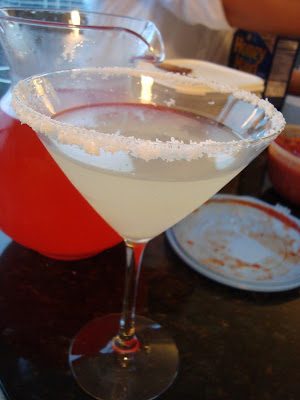 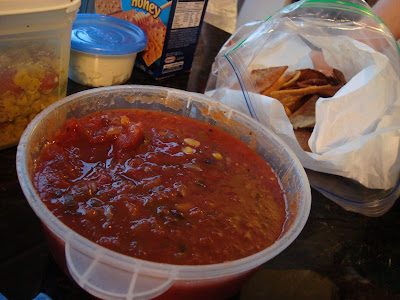 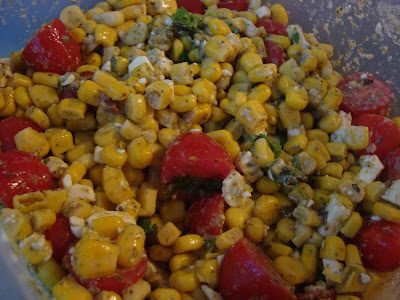 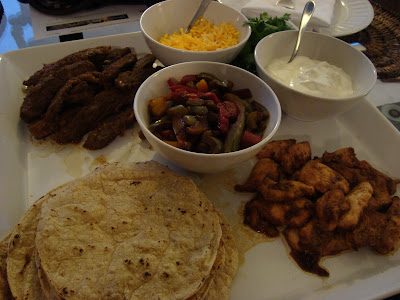 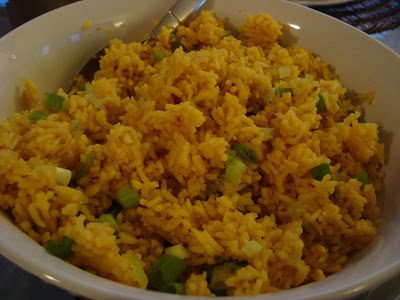 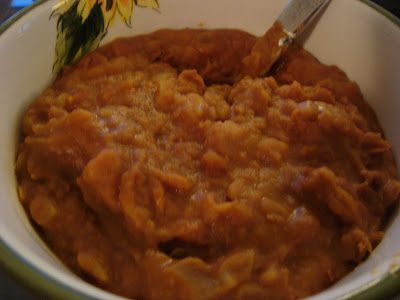 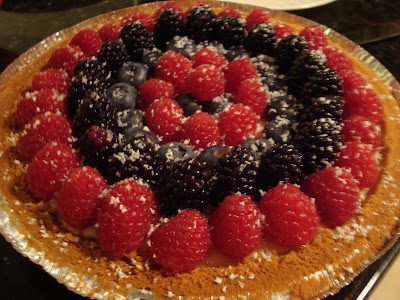 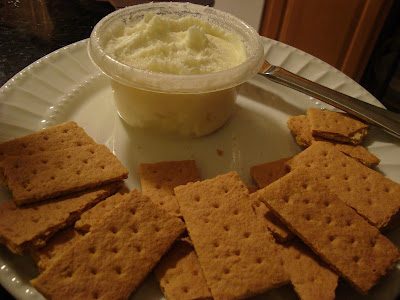 Interested in knowing more about my fellow RedEye VKS cheftestants? I’ve included a bio of the ladies, as seen on Chicago’s RedEye website… 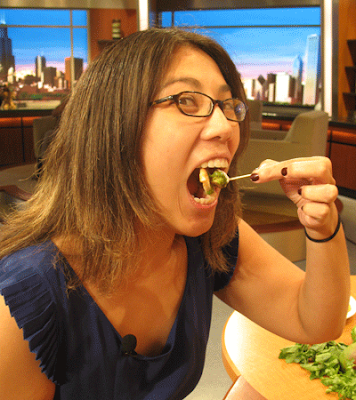 Dorothy is the mastermind of the RedEye VKS and spearheaded the culinary cookoff. She created the event as a way to highlight Chicago home cooks and modeled the competition after Food Network’s Iron Chef cooking show. 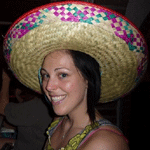 Jenn lives in Lakeview. She was a personal chef for a Kosher family for 7 months and now works for Levy Restaurants at the United Center where she creates the club and restaurant menus and is looking to get more involved with the culinary team. And, of course she tries to run into as many ‘Hawks players as she can.

Why did you want to participate in this virtual cookoff?
I love to cook and I also love a good challenge, so when I read about the cookoff in the RedEye on the way to work one morning, I knew I had to “tryout.” I like to pair flavors in interesting ways and will try almost anything, so I thought this cookoff would be a great way to do more of that!

What foods could you not live without?
I could not live without crunchy peanut butter, although I probably should. I have no restraint. Also: Tomato soup, Greek yogurt, cheese, mustard, and fruit.

What’s the biggest disaster you’ve had in the kitchen?
Besides not having a kitchen for several weeks recently, I tried to make marshmallows a few months back that turned out more like gummy sugar squares than anything resembling a light fluffy marshmallow. And I burned my arms with boiling sugar. Ouch. 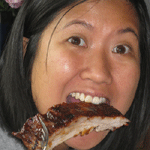 As a child, Amy and her brother would sneak into the kitchen as the cooks were taking their afternoon naps and play, concocting their own specialty dishes. These days as the community manager and executive blog chef at GrubHub.com, she gets to write about all the wonderful things that encompasses food and restaurant life, or as her mother likes to think of it, “not waste my expensive journalism degree.”

Why did you want to participate in this virtual cookoff? I want to show off my mad virtual cooking skillz yo.

What are your favorite Chicago restaurants? Urban Belly and Café 28

What’s your ultimate dish? As for the ultimate dish that I’ve cooked, I’m a fan of simple comfort foods. My ultimate dish is my Tex-Mex Meat Loaf, made with ground beef (I season the beef with my family’s secret 5 spice), green and red bell peppers, corn, black beans, chopped white onions and topped with my cilantro salsa. I serve the meat loaf with my Cheddar mashed potatoes.

What foods could you not live without? Rice, beef pho noodle soup, and everything Asian. I go through rice withdrawal if I go more than two days without eating it.

What’s the biggest disaster you’ve had in the kitchen? I was about to cater an event for 100+ people and the power in my entire apartment went out. It was 95 degrees in the middle of July and I had to finish cooking without any electrical equipment. Thank goodness for gas stoves. I guess the upside was my biceps were ripped from all the hand stirring.