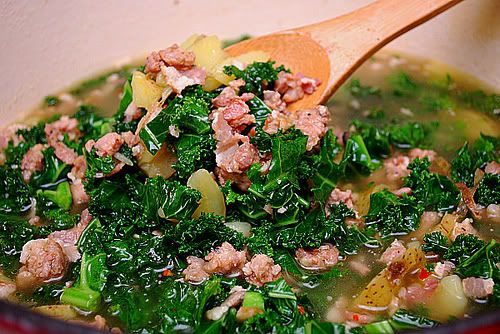 When the dutch oven is placed on the stovetop, my husband is always right there to lift the cover and take a peek… even if it’s empty. I think it’s some kind of instinctual behavior because I do the same thing when I’m visiting my parents. I head straight to the kitchen and start poking around. I know there are more “pot peekers” out there…

Going back to my husband, he’s become my second set of tastebuds and he’s the perfect man for the job. He comes from a family of caterers and restaurateurs so he definitely has his own views of what constitutes good food. I’ve mentioned previously here how much he loves this particular soup from the Olive Garden restaurant and he was delighted when he came home to lift the cover of the dutch oven and find this soup waiting for him. He didn’t hesitate in grabbing a spoon and digging in, just as I expected he would! His thoughts? Good. Very good. He prefers the addition of cream in this soup but I thought it was delicious even without it. To prevent the kale from browning and to show off it’s beautiful green color, I like adding it just a few minutes before serving. I have a feeling I’ll be making this soup almost every week for my husband just so I can see him smile every time he lifts the cover of the dutch oven…

In a dutch oven over medium heat, brown the sausage, breaking it into small pieces. Add the bacon to the pot and brown. 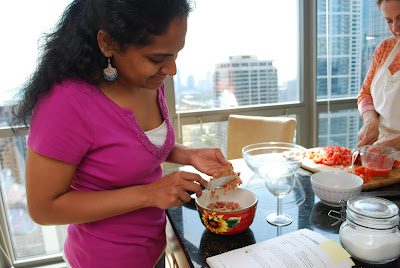 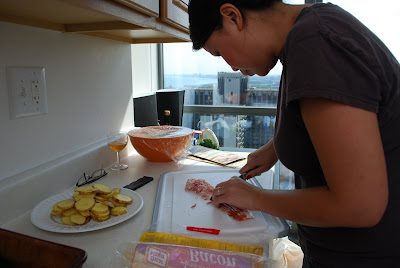 Add the water, chicken broth, potatoes, garlic, and onion in the pot; simmer over medium heat until the potatoes are tender, 10-15 minutes.

Add the kale, red pepper flakes, (heavy cream/half & half if using) and season with salt and pepper to taste. Simmer until the soup is heated through. Do not allow to boil.

* The 1 cup of heavy cream or half& half is good to include if you’d like a more creamy soup, otherwise it can be omitted.