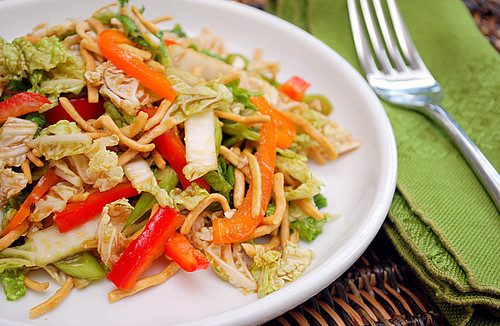 Salads are one thing we need to make more exciting in our house. Usually, I’ll throw together a salad with some type of green, cheese, nuts and a fruit. But after awhile, it gets a bit boring and I’m looking for new ideas. Well, I came across this recipe for Shanghai Chicken Salad and we were hooked! It’s a nice change of pace from our usual salad lineup that tastes pretty dang good…
This salad rivals similar ‘Chinese Chicken Salads’ commonly seen at restaurants. Napa cabbage takes center stage with a simple dressing made of rice vinegar, soy sauce (I used low sodium), hoisin sauce, toasted sesame oil, and grated fresh ginger. Shredded rotisserie chicken conveniently adds some protein too. For additional color, red and orange bell pepper strips are throw in, along with sliced scallions. To top it off with some added crunch, chow mein noodles are tossed in and/or used as a garnish. Simple and delicious… what’s not to love? 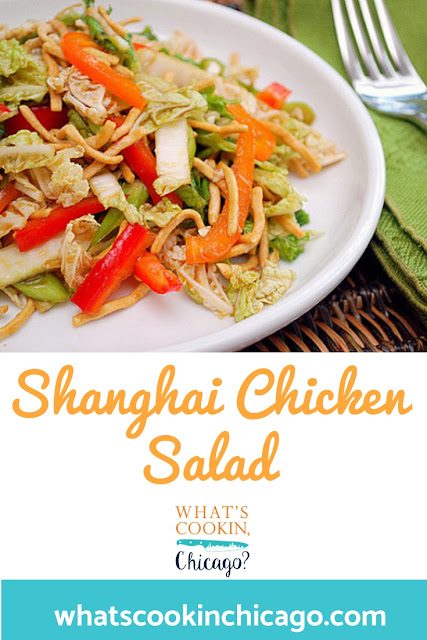