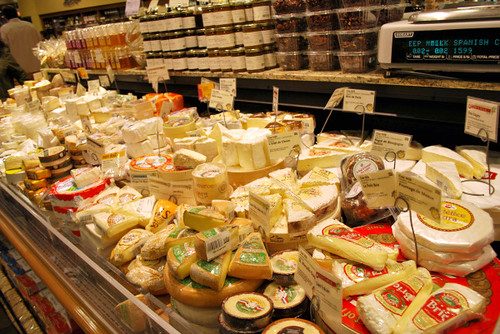 Did you know that cheese is produced in more than forty countries around the world? From the simple ingredients of milk, rennin and salt, cheese makers have created hundreds of regional varieties of cheese. Each country has its own history and style of production that gives its products their distinctive flavor, aroma and texture. Since it’s not hard to find fellow cheese lovers, I hosted another cheese tasting event with What’s Cookin, Chicago. We took a closer look and had a taste of some amazing French cheeses… 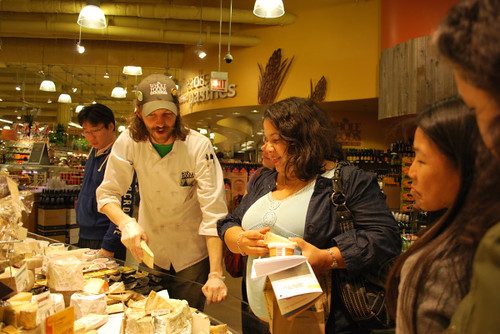 Last night I chose to highlight French cheeses for our tasting. France is one of the world’s most prolific cheese-producing countries, with a history of making quality cheeses for more than a thousand years. There were so many amazing cheeses to try so we just picked a few that our fellow cheese monger recommended. 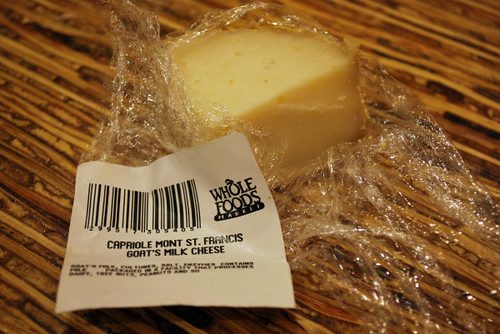 Mont St. Francis has a glowing ruby red washed rind and is named after a local monastery. It’s rich, beefy, aromatic and was one of the first washed rinds in America. 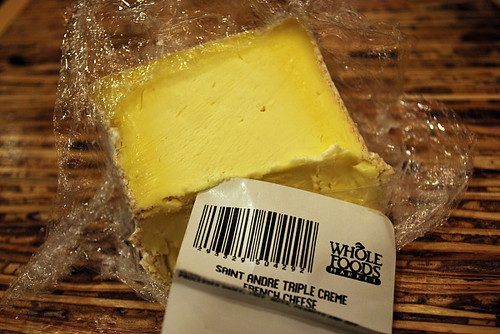 This is a high milk fat cheese that’s considered a triple cream cow’s milk French cheese. It has a powdery white, bloomy skin made of mold. As for the inside, it’s an amazingly rich cheese with a soft, buttery texture and tastes like a really intense version of Brie. Extra heavy cream is added to the cheese while it’s being made so it’s super rich and oh so good! 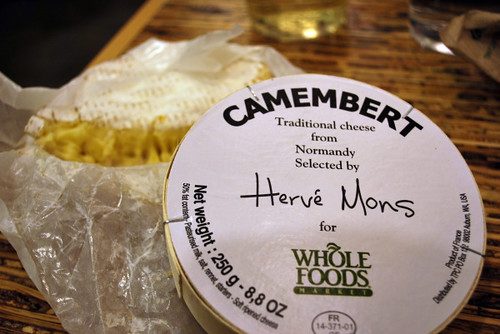 This is a soft, creamy, surface-riped cow’s milk cheese. It was first made in the late 18th century in Normandy in northern France.

Chèvre is the French word for goat, and chèvre cheese refers to cheese made from goat’s milk. Many of these cheeses are created exclusively from the milk of goats and do not include cow or sheep’s milk. Chèvre cheese is extremely common in many places in the world, including France. This version we enjoyed last night had fire roasted chile mixed in. 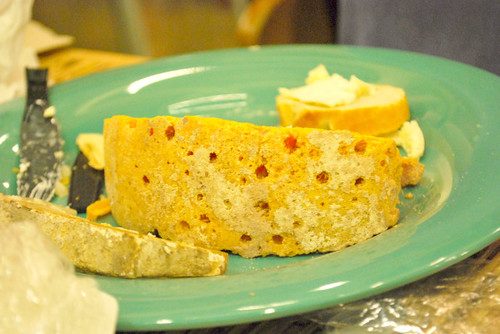 This is a cheese traditionally produced around the city of Lille, France (where it is also known as Boule de Lille). It was originally made by the request of Louis XIV, who wanted a French cheese to resemble Edam. In order to differentiate it from Edam, however, he had it colored orange. A cow’s-milk cheese, it normally weighs about 4.5 pounds. Its name comes from the French word molle, meaning “soft”. This refers to the softness of the crust when young – with age it becomes harder. It has a gray crust and orange-ish flesh. The orange color comes from the natural colorant, annatto. The cheese has a similar appearance, at first glance, to a cantaloupe. The greyish crust of aged Mimolette is the result of cheese mites intentionally introduced to add flavor by their action on the surface of the cheese. Mimolette can be consumed at different stages of aging. When younger, its taste resembles that of Parmesan. Most cheese-lovers appreciate it most when “extra-old” (extra-vieille). At that point, it can become rather hard to chew, and the flesh takes a hazelnut-like flavor. 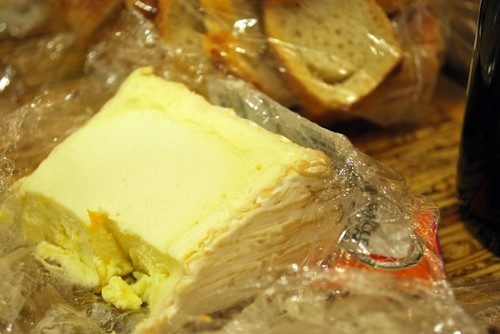 This is a soft cows’ cheese named after Brie, the French province in which it originated. It is pale in colour with a slight greyish tinge under a rind of white mold; very soft and savory with a hint of ammonia. The whitish moldy rind is typically eaten, the flavor quality of which depends largely upon the ingredients used and its fabrication environment. 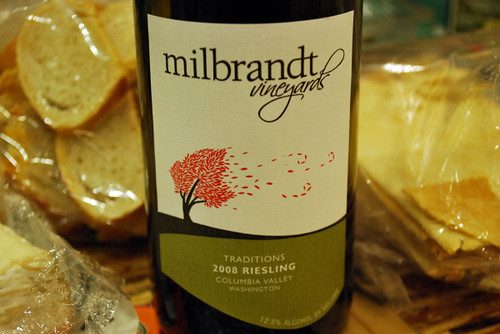 To enjoy these cheeses, we paired them up with a nice Riesling, fig spread, candied walnuts, crackers and a French baguette. All in all, it was a wonderful evening spent with friends over delicious cheese. All of us were happily stuffed trying them all out and can’t wait until next month when we taste our way through another set of cheeses.