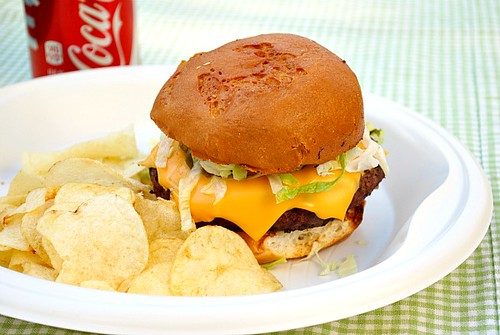 Happy Fourth of July! For those celebrating, I hope you are enjoying this holiday and celebrating with something delicious! This summer, I’ve been on a burger kick. I bought a charcoal grill not too long ago and with the hot weather, grilling has been my default way to get dinner on the table. Burgers are always a favorite but this time, I wanted to recreate the ever popular McDonald’s Big Mac. You know the one – two all beef patties, special sauce, lettuce, cheese, pickles, onions, all on a sesame seed bun. But rather than making an exact clone, I opted for a simplified version…

For the recent Dirty Dancing movie party I hosted with family and friends this past weekend, I wanted to include some foods reminiscent of the 1960’s – the decade in which the movie takes place.  Did you know the McDonald’s Big Mac was introduced to the masses in 1967? With that in mind, I knew it would be the perfect dish to include in my party menu. Besides, who can resist a cheeseburger? Speaking of cheeseburgers, did you know…

Rather than making this a double-decker burger just like the typical McDonald’s Big Mac, I made single burgers with the same elements. The special sauce was recreated to use as a spread on the burgers, in which each 1/2 lb burger was topped with American cheese, pickle slices, grated onion and shredded lettuce. They came out juicy and just as filling, if not more, than the original.

Prepare the special sauce first to allow the flavors to meld. Combine all the sauce ingredients in a medium bowl, mixing well until fully incorporated. Cover with plastic wrap and chill in the fridge until ready to assemble burgers.


Divide the meat into 6 equal portions (or 8 equal portions if making sliders). Form each portion loosely into a 3/4 in thick patty and make a deep depression in the center with your thumb. Season both sides of each burger with salt and pepper.

Cook the burgers over the grill to your preference and top each one with cheese during the last minute of cooking.

Place the burgers on the bun bottoms. Top each with a couple slices of pickles and shredded lettuce. Spread the special sauce on the top bun and cover each burger with the bun tops. Serve immediately.

To celebrate America’s love affair with this summertime classic, Sargento has challenged chefs at iconic burger joints from coast to coast to create “America’s Ultimate Cheeseburger”. Cities and burger joints they challenged include:
For the contest, each restaurant drew on local culinary flair to create their city or regions ultimate cheeseburger recipe featuring at least one variety of Sargento all natural, never processed cheese. The grilling gurus now leave it up to America’s discerning palate to crown the nation’s preeminent juicy cookout creation! 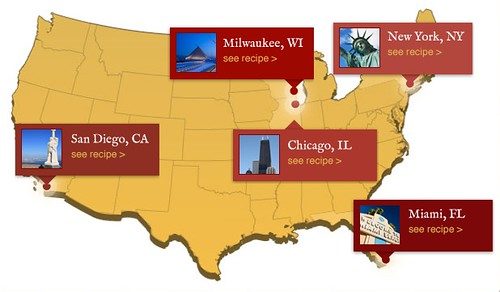 Support your local restaurant by visiting the “America’s Ultimate Cheeseburger” tab on the Sargento Facebook page to cast your vote! Fans can also join in on the cheeseburger love by submitting their own cheeseburger recipe!