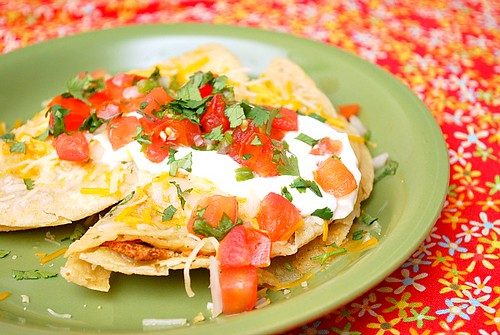 With the crazy hot weather, I’ve been taking advantage of the season by spending time at the beach and pool. The funny thing is, I don’t know how to swim. I’ll jump into the water to cool off a bit but most of the time you can catch me just soaking in the sun and working on a tan. There’s something about having that sun-kissed glow in the summer… but the key thing is, don’t over do it. Oh, you know what I mean.

Just like how many folks eat first with their eyes when it comes to food, on dating websites you can’t help but look at everyone’s pictures. There are your average head shots, action pics, candids and I’ve seen quite a few that makes me wonder why someone would share unflattering pics of themselves. Then there’s this one pic I received in my inbox from a gentleman who was interested in getting to know me. Upon seeing his picture, I was immediately reminded of our dear friend, Magda. I really think they could have been related! They both share similar facial features and well, both are extremely tan. Maybe even borderline bronze. After a few conversations back and forth, there wasn’t enough in common between the two of us or much to hold my interest. The moral of the story is, enjoy the summer sunshine – just don’t fry yourself in it. Very few can rock that look and chances are, you’re doing more harm than good to your health!

Speaking of frying, I do appreciate fried foods every know and then. I came across this recipe for Fried Tacos which piqued my interest because I never really thought about frying tacos before. It’s similar to chimichangas and flautas, only in taco form. Why didn’t I think of that?! These tacos are filled with a mix of chicken and cheese, which are then fried until crisp and garnished with your favorite toppings.

These are great for a party and are easy to prep ahead of time. Assemble the tacos on a baking sheet and freeze them uncovered until they hold their shape, about 30 minutes to an hour. Transfer the tacos to a gallon sized freezer bag and store them in the freezer. To prepare them for serving, fry from frozen until crisp and brown on both sizes, ensuring middles are cooked as well.

In an hot skillet over medium high heat, add oil and heat up. When it begins to start smoking, place a few filled and folded tortillas being careful not to over crowd in the pan. Cook until bottoms are crisp and flip to cook the other side.

Once crispy on both sides, remove from skillet and drain on paper towels. Repeat with remaining filled tacos and cook on both sides until crisp.

To serve, top with shredded cheese, sour cream, salsa and garnish with cilantro. 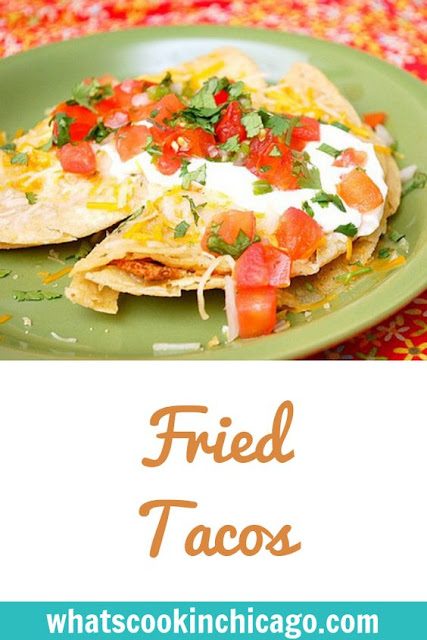