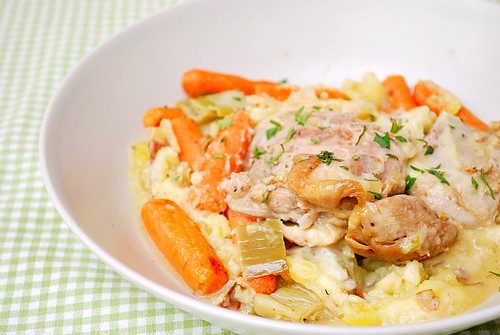 Finally! I feel like I’ve been missing in action… considering I haven’t had a recipe to share for nearly a week. Life has been just a tad chaotic. Last week was pretty stressful because so much was happening all at the same time. For one, I have an upcoming international trip in a less than a month where I’ll be flying out to Israel for a week. As exciting as this is {more details on the trip later}, the trip required me to take an impromptu drive to Canada to renew my expired passport {oh yah, I’m a Canadian citizen for those wondering}. I also have another trip in less than 2 weeks to Portland, OR that I’ve been preparing for {another tip to share details on later}. It’s also the last few days of my niece visiting before she heads back home to Virginia. And my weeknights and weekends have been jammed packed with miscellaneous errands, meetings, nights out, etc. So as much as it’s been stressful this past week, sadly, this coming week isn’t coming with much free time either. {Sigh…} How did my life get so busy?!

Thankfully, there’s always time to be made to sit down to a meal. And with the cooler temperatures lately, I’ve been able to make more stick to your ribs, comforting dishes. This Chicken in White Wine Sauce is comfort food with a touch of elegance from a simple white wine and leek sauce. Chicken thighs are browned and simmered in a sauce of sauteéd leeks, chicken broth and white wine before serving up on creamy mashed potatoes and steamed baby carrots. It’s dishes like this that makes me forget all the meetings, schedules, errands and tasks that need to be done and focus on a solid meal that’s comforting and quick to make as well…

The original recipe called for boneless, skinless chicken breast cutlets so feel free to use whichever cut you prefer. Regardless of which cut you prefer, it’s the sauce that makes the dish. I doubled the sauce in my adaptation below because it was not only good with the chicken but it made for a delicious gravy to accompany mashed potatoes. 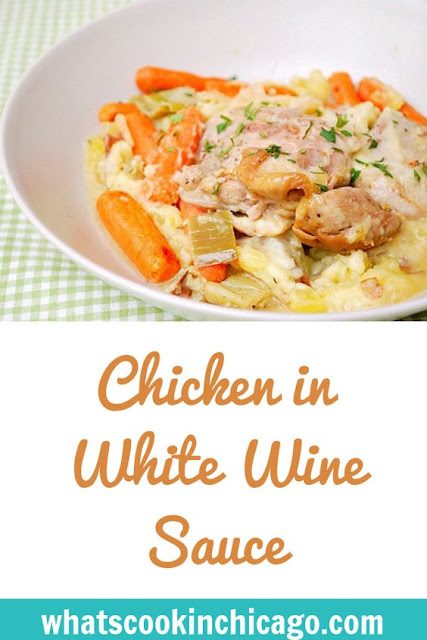 Season chicken with salt and pepper. Heat 2 teaspoons oil in 12-inch skillet over medium-high heat until smoking; place half of the chicken thighs in skillet and cook without moving them until browned. Using a spatula, flip and continue to cook until second sides are opaque and juices run clear. Transfer to large heatproof plate.

Remove chicken from skillet. While the skillet is off heat, stir in thyme and whisk in butter 1 tablespoon at a time. Adjust seasonings with salt and pepper; serve immediately over the chicken.