Home » Uncategorized » On Camera with The Center for Food Integrity 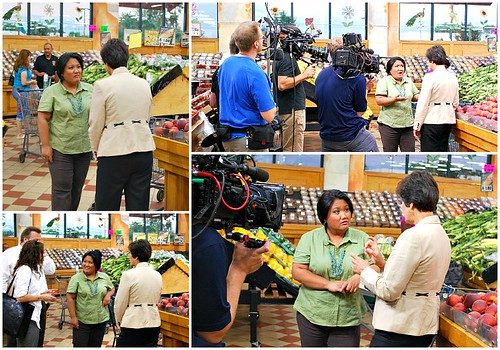 When it comes to the camera, I’m not shy. At all. I think part of that is due to my thespian nature from my days in grade school and high school. I was always on stage performing for church plays, high school musicals and even recitals for piano, violin and choir. So I guess I’m a ‘natural’ or that’s what folks have said, at least last night they did. Last night I started working on a 2 day project with The Center for Food Integrity. Together we did a video piece regarding the labeling of genetically modified organisms (GMO) products for consumers. 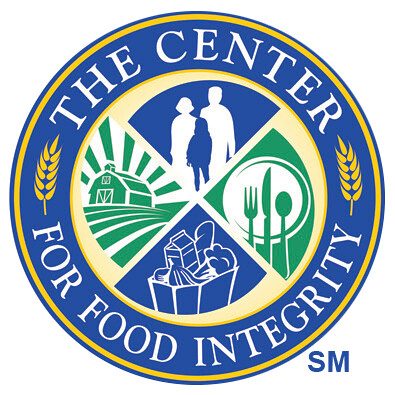 The Center for Food Integrity is a non-profit organization working to build consumer trust and confidence in today’s food system. As consumers become more interested in how their food is grown, processed and brought to market, the food system must ensure it is doing the right things in a way that builds trust. By working with this organization, I learned quite a bit about GM foods contrary to what I knew beforehand. The video is being done to bring awareness to this topic using my perspective as the average consumer, a mom and an established food blogger who has worked professionally in the culinary industry. Through this experience, I was able to meet with Dr. Ruth MacDonald, Professor and Chair of Food Science and Human Nutrition from Iowa University. She and I discussed a great deal about GMOs, labeling, consumerism and some common misconceptions of GMOs. 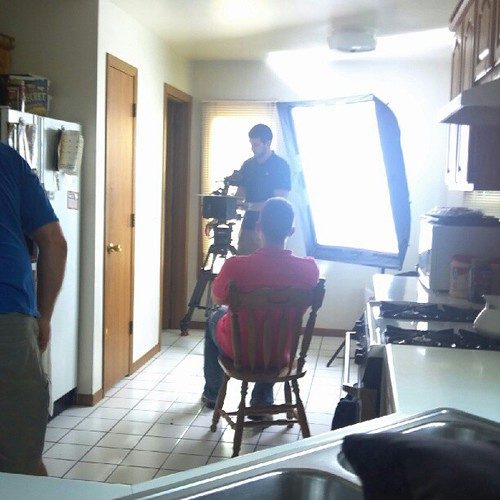 This is a 2 day project where last night was spent filming an introduction of who I am, my thoughts on GMOs, labeling and what’s important to me in terms of nutrition and preparing family meals. This particular segment was shot at my home in the far north suburbs of Chicago. Once I got home from work, I was welcomed with the film crew that took over my driveway (really, my whole street with the 6 cars parked surrounding the house). Inside, the crew was busy setting up the kitchen where the interview was filmed. 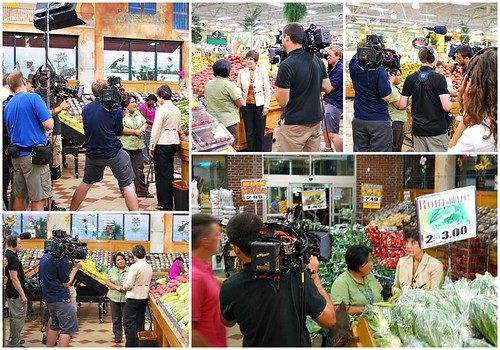 Afterwards, I met with Dr. Ruth MacDonald for a short intro shot in front of my house. Then we all drove to one of my favorite local grocery stores, Lewis Produce Market. It’s an independent market that is always stocked with fresh, colorful produce, a variety of ethnic food products and the prices are so affordable compared to big box grocery store chains. There at the store, we filmed a majority of the video talking about GMO produce and products, labeling and regulatory implications of labeling. 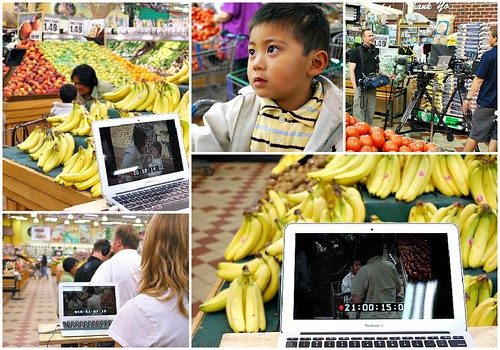 Even my little star in the making, Joel, had a nice cameo in the video. He helped me shop for some produce and we snuck in some kisses, which is usual for us when we grocery shop together anyway. He was such a great sport and really hammed it up for the camera. {I wonder where he got that from?} We will be wrapping up the filming tonight at my house and I’m looking forward to the finished product! It was such a great experience and aside from the fun of working with an excellent film crew and production team, I learned so much and feel more confident as a well-informed consumer. I can only hope the video I was a part of will help others feel the same way. Once details on the video becomes available for public viewing, I’ll be sure to share it!