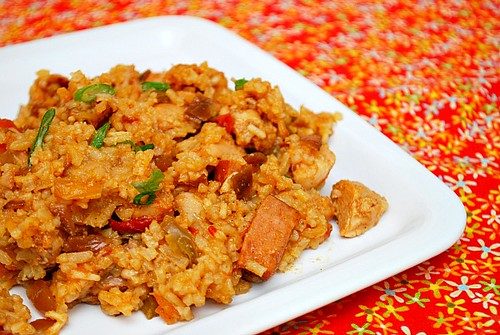 A couple weekends ago I reunited with some of my long time friends & members of my culinary group here in Chicago. It’s been over 2 years since I’ve seen them because I moved from the city to the suburbs and went through some life changes. But now that life has settled down a bit and our schedules worked out, we finally got back together over a Cajun/Creole inspired potluck. Being a big fan of jambalaya, I brought this Chicken & Andouille Jambalaya to share. Chockful of tender bite sized pieces of chicken and andouille sausage with onions, garlic and bell pepper, this popular rice dish of the south was welcomed on the potluck table…

If there’s anyone that knows a good jambalaya recipe, it would be Emeril Lagasse. I made this recipe exactly as written since there’s really no need to alter it from a master. The recipe was very easy and it’s my go-to recipe Cajun/Creole that can feed a crowd!
Chicken & Andouille Jambalaya
recipe from Emeril Lagasse 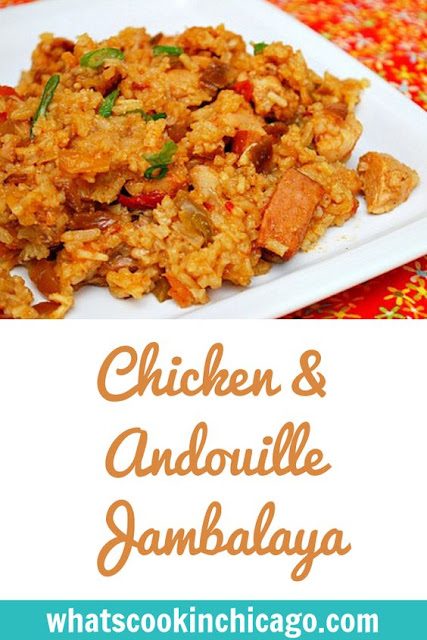