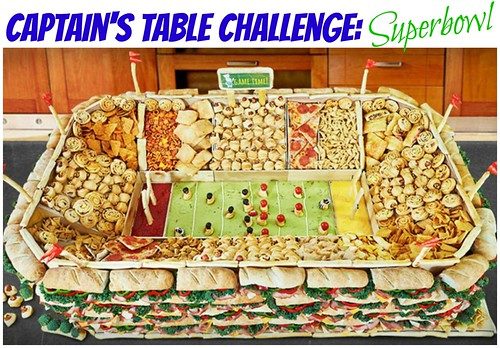 It’s crazy how the holidays just flew by. Not to mention that we’re now officially coming to the end of January. But the best part is knowing the Superbowl is on the horizon! With the big game day a week away, this whole week I’ll be featuring some recipes perfect for any Superbowl gathering. To kick things off, here are two recipes using Captain Morgan’s Spiced Rum and Captain Morgan Black Spiced Rum to add some fun. This is the last of the Captain’s Table Challenge and it has been such a fun time coming up with recipes to fit the various themes. From Thanksgiving to Christmas and now, the Superbowl to end on a delicious note… 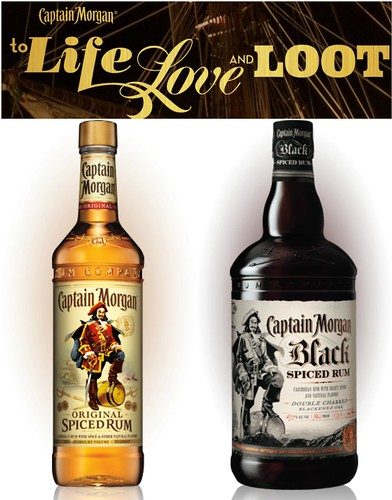 Just over a year ago I participated in the ‘Spice Up the Holidays’ campaign with my friends at Captain Morgan’s Spiced Rum. This year, I’ve partnered up with them once again for ‘The Captain’s Table Challenge,’ a food-filled program where I’ll be highlighting the holidays with food and drink! Specifically, I’ll be sharing a food and drink recipe incorporating Captain Morgan’s Rum for recipes perfect for Thanksgiving, Holidays and even the Superbowl. To get in on the action, Chef Hugh Acheson will be reviewing all the recipes submitted during the three occasions and a winner will be chosen among the participating bloggers to award a trip to a Captain’s Table US Event in the spring of 2014 where they will be joined by Chef Hugh Acheson himself! 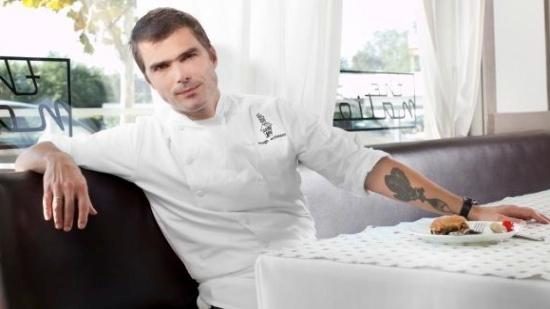 Even better is Captain Morgan is sharing their giving spirit by donating $1 to WhyHunger every time the hashtag #CaptainsTable is used across social media this holiday season. I would love to help them and would encourage you to utilize the hashtag so we can help raise as much money as possible for a great cause.

When it comes to the Superbowl, one of the first things that comes to mind are buffalo wings. In my mind, a good game isn’t complete without wings of some kind so as a nod to my favorite game day food, I made the popular snack food into a meal. Drunken Buffalo Chicken Legs are the big boy version to the wings and drummettes we’re used to. Using a touch of Captain Morgan rum with hot sauce and butter to coat seasoned chicken legs makes for a special meal, perfect for a Superbowl party… 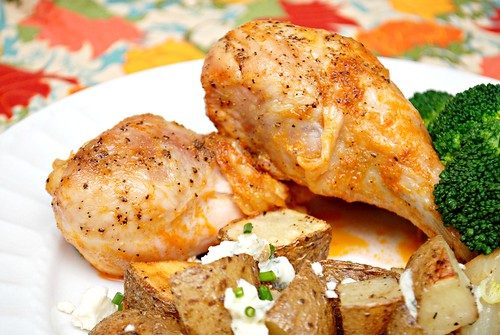 Preheat oven to 350 degrees. Line a large baking pan with parchment paper or foil and place a cooling rack in the pan.
Wash chicken and dry thoroughly with paper towels. Toss with the olive oil, garlic, ranch seasoning and rum. Arrange on the rack and bake in the preheated for 30 minutes.
Turn and bake for 20 minutes longer. Increase heat to 425 degrees and bake for about 5-10 minutes longer, until nicely browned.
Combine the melted butter and hot sauce in a large bowl. Transfer the hot drumsticks into the bowl with the sauce mixture, tossing to coat.
Arrange the chicken on a serving platter and serve with Ranch dressing or blue cheese dressing.
With a hot meal served, why not have something to cool things down? To offset the heat of our Superbowl meal, I decided to serve up some light, cool and refreshing. My son loves blueberries so I always have them at home, whether they’re fresh or frozen. I scored a great deal on fresh blueberries at the grocery store and with them, I concocted this Blueberry Pom Cooler. 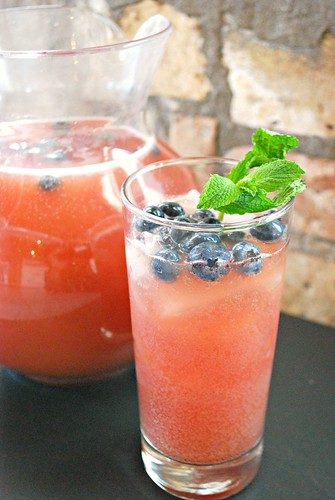 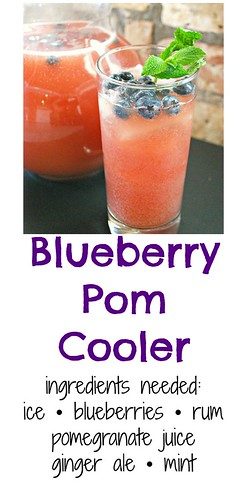 If you love Captain Morgan’s Spiced Rum as much as I do, follow them on social media with the following links…