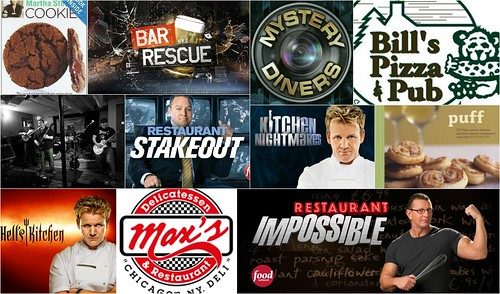 Happy Monday! (Well, I hope it was for you!) I spent most of the day at home nursing a cold for both myself and my little guy. In fact, most of the past weekend was spent in pajamas because this bug has been making its rounds in the area. Thankfully it seems to be passing quickly – crossing fingers! We’re both doing much better and I have high hopes we’ll be back to our usual routine tomorrow. I’d like to think part of the reason why I feel better is due to some healing eats…

Prior to the attack of sneezing, wheezing and congestion, I had a pretty productive start to the weekend. Friday night, the Baron and I had dinner at a local pizza place. Bill’s Pizza & Pub has some great pizza – order a double decker if you’re in the area! Lucky for the Baron, I filled up with salad before our pizza came. And when it did, I was almost too full to eat just the toppings off a slice. That said, he had plenty of pizza for breakfast the next day and later in the weekend.

Saturday was our productive busy day. For breakfast, I had friends over where we made some crepes. It was pretty casual and relaxed since everyone made their own and helped themselves to a variety of sweet and savory fillings. One of the fillings I had available were some fruit spreads from NAR Gourmet. This great company was kind to send me some apricot marmalade and orange jam. They were so well received by friends that I sent them home with what was left in the jars! I also received a bottle of olive oil which was delicious drizzled over savory crepes. If you’re looking for a special gourmet food gift either for yourself or others, the NAR Gourmet product line has something for everyone. From olive oils, spices, preserves and marmalade, teas, honeys, and more, you can find their online store on Amazon making it easy to shop!

Since 2007, NAR Gourmet has pursued a single mission: to bring the rich, healthy bounty of handcrafted Turkish foods and ingredients to the world. NAR Gourmet’s trusted farmers and artisans use all-natural, traditional methods to create exceptionally pure, flavorful products, from single-estate and single-variety olive oils and seasonal preserves to natural vinegars and organic spices. Each one of NAR Gourmet’s offerings captures the essence of Turkey’s fertile, sun-drenched Anatolian heartland, and is a vivid reflection of a particular region of the Mediterranean coast, one of the most ecologically diverse growing regions in the world. Supporting variety and honoring tradition, NAR Gourmet is the gift of true taste from the Mediterranean, bringing the wonders of this region home to you. For more information, visit www.nargourmet.com.

For lunch we visited Max’s Deli. As some may be familiar, the Seder customarily marks the beginning of the Jewish Passover holiday. It consists of a feast with four cups of wine, Matzo or unleavened bread, symbolic foods, relaxation and celebration. It is customary to invite guests that may otherwise not partake in such a tradition. This feast is also used to pass, or “pass over” traditions that the family holds to the younger generation.

The Seder customarily marks the beginning of the Jewish Passover holiday. It consists of a feast with four cups of wine, Matzo or unleavened bread, symbolic foods, relaxation and celebration. It is customary to invite guests that may otherwise not partake in such a tradition. This feast is also used to pass, or “pass over” traditions that the family holds to the younger generation.
Max’s Seder will include such homemade traditional items as chopped liver, gefilte fish, matzo ball soup, local and natural half baked chicken, slow roasted brisket, matzo kugel, homemade carrot tzimmes with baby green beans, and a variety of fresh baked Passover desserts including hamantaschen, banana fudge cake, and chocolate covered matzo, to name a few.
During our visit, we had the opportunity to try chopped liver, Israeli couscous, matzo ball soup, gefilte fish, slow roasted brisket, grilled vegetables and key lime pie. Everything was wonderful and we really enjoyed the experience of being there during their busy lunch. It was great to see how the restaurant flowed during their peak time of the day. Tables were filled with families and friends, spanning generations. It really was beautiful to see how the delicious food brought everyone together.

For those seeking a traditional Passover Seder without the hard work of preparing the meal and the mess, Max’s Deli in Highland Park is inviting friends and families to break matzo at Max’s! The restaurant will be taking reservations for its traditional Passover Seder complete with Seder tray and authentic Passover meal on April 14 & 15.  Reservations are required and can be made by calling 847.831.0600. Cost for adults is $27.95 and children 10 and under is $12.95.

“We want everyone to feel at home and celebrate Passover at Max’s without all the hassles,” says Joey Morelli, chef and co-owner along with brother Greg and cousin Stacey Goldberg. “Our Seder offers tasty and healthy variations of the traditional Passover menu.”

Max’s uses only the finest all-natural ingredients to serve Jewish fare with a twist. The traditional New York-style Chicago deli invites the public to have at least one Passover meal with them. Guests of all religions will feel at home as they enjoy classic Jewish dishes and learn about this ancient Jewish custom with family and friends.

Max’s Deli also offers catering for special occasions, including this sacred holiday. Customers can get the whole Max’s Deli experience without leaving the comfort of their own home!

ABOUT MAX’S DELICATESSEN AND RESTAURANT

With a rich history having been in business over 25 years, Max’s Deli serves up a fine pastrami sandwich that was voted “Best in Town” by Chicago Magazine. Run by brothers Greg and Joey Morelli and their cousin Stacey Goldberg, Max’s also offers deli favorites, homemade soups, breakfast all day, and full-service catering. Often referred to as Chicago’s New York Deli, Max’s has recently added Wi-Fi, Intelligencia Coffee and created healthier options from standard deli fare. Now, they even have some options for the family dog. For more information please visit their website at www.maxs-deli.comor call 847.831.0600.

After lunch, the Baron and I ran a few errands and headed home. We had a few hours of productive home organization. We even assembled 3 bookcases for the family room so we could organize his collection of books and my growing library of cookbooks. (It’s starting to get out of hand. Anyone want some cookbooks?!) In fact, in the process of putting away some cookbooks, I got sucked into reading a few cookbooks this weekend including… 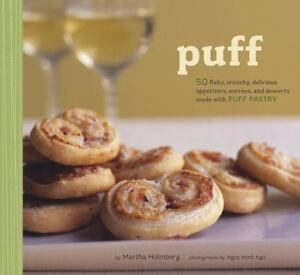 Puff Cookbook. There was an amazing deal on puff pastry at the grocery store where packages were on sale for $0.75! I didn’t purchase any but I may have to go back to stock up. After reading this book, I have some sweet and savory recipes to play with for upcoming parties and get togethers! 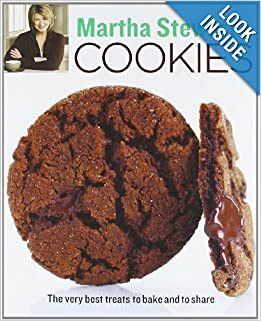 Martha Stewart’s Cookies. I was curious which of these I should tackle using a gluten free flour blend. It’s been awhile since I’ve made cookies and Joel’s been asking to bake together. I still haven’t decided which to make so if you have any suggestions, I’m all ears!

After the bookcases were finished and positioned in the family room, it was time to get ready for a night out. We had plans to check out my friend’s band, Minor Rites, and meet up with folks to cheer them on. Just as we were about to walk out the door, I ended up getting hit hard with a cold or bug or something. It was just not good. We soon realized that heading out feeling like this would not lead to a fun evening out and I didn’t want to take the chance of getting others sick, getting sick on the way there or even spending the evening in the bathroom, cradling a box of tissue. The Baron was in the middle of cold so it was only a matter of time before I picked it up too. Blah.
Well, with the sudden change of plans, we changed into pajamas and sat on the couch feeling icky. So how do we spend our Saturday night? We take shots of flu medicine, wrap up in blankets and watch food reality shows. I’m so glad the Baron and I can enjoy these together. Our favorites include… 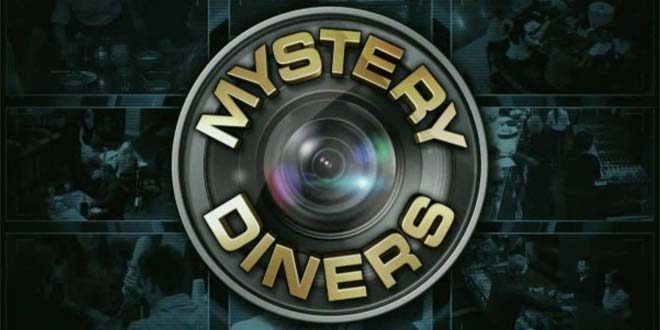 So that’s my weekend in a nutshell. Sunday was pretty much a bust since I spent most of the day sleeping in and napping throughout the day. Nonetheless, it was still foodcentric despite being sick. What about you? Any good eats, delicious kitchen happenings, restaurant raves or rants, cookbooks you recommend, or even cooking/food related shows you’re easily sucked into? Hope you have a great (healthy!) week ahead!…
Previous Post: « Udi’s Gluten Free: Insight From Udi’s
Next Post: Lemony Chicken Milanese »