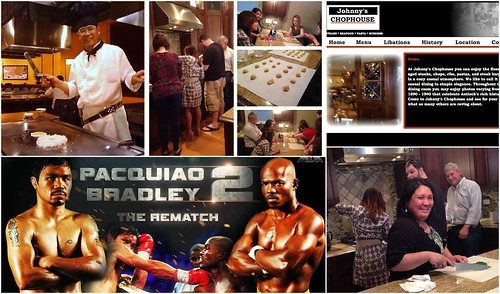 Happy Monday! I hope you had a great weekend and enjoyed some good weather in your corner of the world. As for us here in Chicago, we finally had a real taste of spring with sunny skies and temps in the upper 70s! Sadly, it was long lived. There was a bizarre stint of hail in some areas and then today, a snow storm. Go figure. I guess Mother Nature isn’t quite sure herself if it’s spring yet.

Nonetheless, this weekend was another productive one for me with some relaxation mixed in. Friday night, the Baron and I ditched our original dinner plans of cooking at home and went out to our favorite Japanese steakhouse in the area. Yuri’s of Japan is always a great time for us… not so much for the show but just enjoying watching people around us having fun. It’s especially great to see kids there. We have yet to take Joel since we’re not sure if he’ll be ready for fire show and fast paced knife skills the teppanyaki chefs do. Perhaps next year when he’s a bit older.

After dinner, we rushed home to catch the newest episode of Kitchen Nightmares. Do you watch this? We’re huge fans of Gordan Ramsay and we couldn’t miss the first episode of this new season… and it opened with a return to Amy’s Baking Company. I won’t even bother explaining because it’s just better if you watch a bit of these restaurant owners in their tirade…

Saturday was a busy day for me. I went to check out 2 kitchens in the city to teach in since I wanted to find a new, more inviting place. After a couple hours meeting and talking with folks, I’ve finally found a place to call home for my teaching kitchen! I can’t wait to settle in and teach some new classes going forward starting in June. The place I decided on is still renovating so pictures to come! For those in the Chicago area, I’ll be based just on the border of Wicker Park & Humboldt Park, steps from the intersection of Western Ave and North Ave.

After checking out potential new spaces, my friend & ‘sous chef’ assistant Melissa had a private class to teach on French Profiteroles. It was such a fun time and the irony of my client is that her name is Sue Ellen who was also Filipina and is dating a Caucasian named Patrick. She also currently works in the same building I used to work in a few years ago just before I moved back to the suburbs. How crazy is that?! There are a few other coincidences between us after talking a bit more… but seriously? What are the odds?! Aside from that, we had a great time and they did a fantastic job making sweet and savory profiteroles. 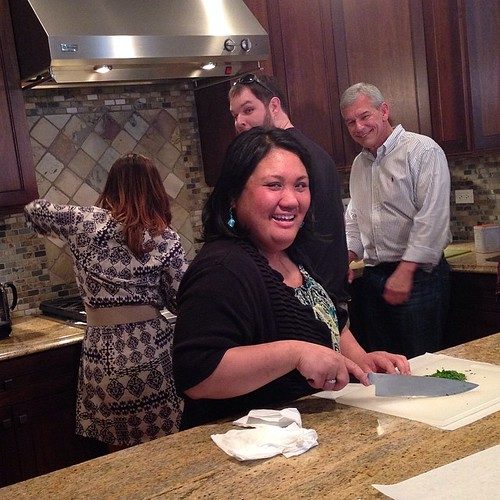 Saturday night after teaching, the Baron and I made a few pizzas to take over to our friends who were hosting a potluck party in anticipation of the big Pacquiao vs Bradley boxing match. Being the early sleepers we are, we stayed up just before the fight started knowing we probably couldn’t stay awake to watch the match in its entirety lol. But regardless, we had a great time hanging out, sharing a few laughs and enjoying the company and delicious potluck spread!

Sunday was our lazy day. The Baron and I initially planned on working on the yard and doing some yardwork but given the rainy forecast, we rescheduled for another weekend. I also had to reschedule a sushi class I was teaching since there weren’t enough students signed up. So we ended up having a great brunch at Johnny’s Chophouse… and we left so full, we didn’t even need to have dinner until much later that night. After brunch we did some grocery shopping to stock up our pantry, fridge and freezer so I can get back into the cooking and baking mode in the weeks to come – I can’t wait!

As for Joel, he enjoyed his weekend with his dad and cousins at the local waterpark. He was so tired from playing at the pool that he ended up taking a long nap the minute we got home lol. He woke up just in time to help make dinner (ravioli with meatballs and garlic bread). And that was pretty much my weekend. Now reflecting back, I’m anxious for another weekend to come around… and with Easter almost here, it’s sure to be a fun one!