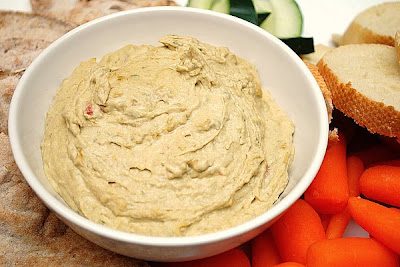 When I think of Mediterranean inspired appetizers, the first thing that comes to mind is hummus. It’s a great dip to serve with crudites, pitas or even toasted baguette slices. I knew I had to include some kind of hummus in the Mediterranean menu I was putting together for friends. Rather than making a simple, classic hummus, I thought of other flavors to make… like Spinach & Artichoke Hummus!

One popular dip I enjoy is Spinach & Artichoke. It’s a great flavor combination and with hummus as a base recipe, it’s a flavor that can be incorporated well. I did a search and found the following Rachel Ray recipe and made a few adaptations. I really liked how the recipe came out because it still maintained a hummus quality and had a great balance of spinach/artichoke flavor without it being too overpowering. To serve, I provided a few dippers including baby carrots, cucumber slices, whole wheat pita triangles and toasted baguette slices.The marinade absorbed by the artichokes really added a nice pop of flavor to the hummus. If you like artichokes, you’ll love this recipe… 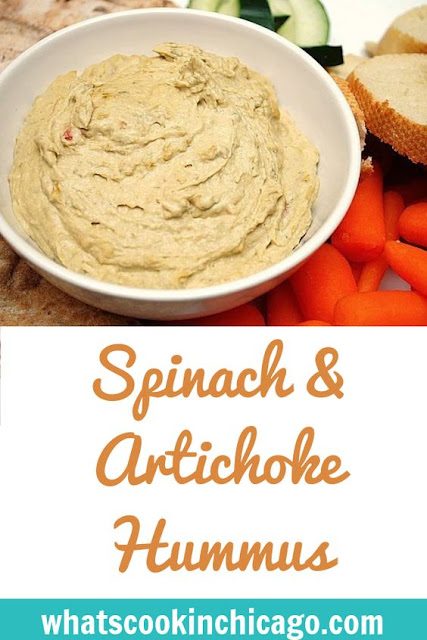 In the food processor, combine all the ingredients except the sun dried tomatoes and puree until smooth.