Are your grills ready?! Folks are gearing up with their grills this holiday and for those who love BBQ, this post is for you! Weber Grill Restaurant recently hosted Camp Brisket and it was quite an event. I wasn’t able to attend but my brother, John of The Pantry Panda, attended in my place to experience first hand the science and technique involved in BBQ and brisket. Read on for details of Camp Brisket that John experienced and be inspired to try your hand at brisket this holiday! 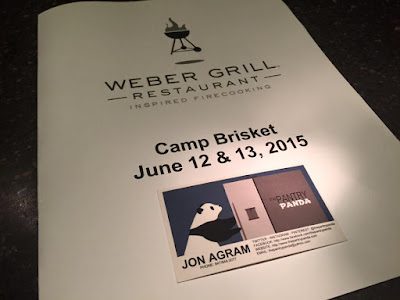 Before I went to Camp Brisket 2015, I didn’t know much about BBQ – yet alone BBQ brisket. This two day event was packed with a great panel of BBQ and meat masters from Texas A&M University, Ohio State University, and Certified Angus Beef, BBQ brisket taste testings, beer and wine pairings from Lagunitas Brewing Company and Jim Beam, and much more. 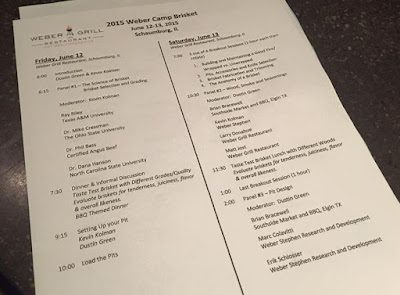 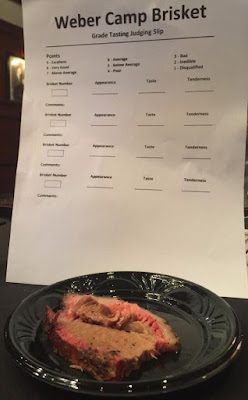 The only thing I knew about BBQ brisket was just to eat it. The BBQ knowledge from the panel was overwhelming. They know their meat. They know brisket. They showed us everything – from ‘The Science of Brisket’ to setting up a Weber Smokey Mountain Barbeque Smoker at the end of the first night. 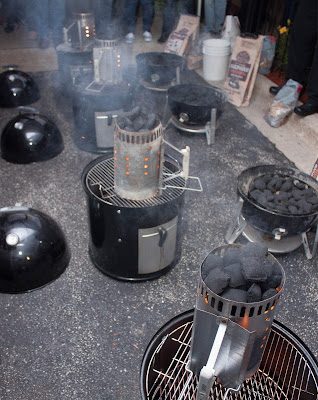 The next morning, was jam-packed one. When I arrived at Weber Grill, the smells were heavenly. I followed my nose to the front door and I was already salivating! The morning consisted of four breakout sessions: a) wrapped/unwrapped BBQ, b) accessories and knife selection, c) brisket fabrication, and d) alcohol/beer pairings with BBQ with Lagunitas Brewing Company and Jim Beam. 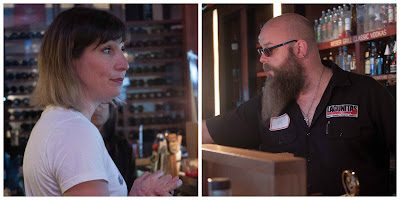 After the the breakout sessions, the briskets that were made from the previous night were sliced and taste tested by all the guests … then, lunch was served … 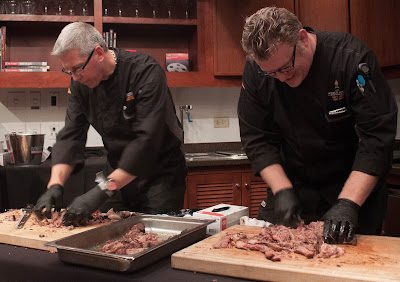 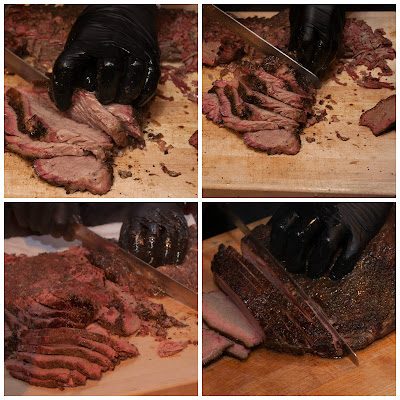 I have to say that I ate so much brisket that I had the meat sweats and fell into a deep food coma afterwards! I thought I had some good brisket in my travels throughout the United States, but the brisket I had during this event nullifies everything I had in my past. The flavor and juiciness of the brisket was overwhelming. IT. WAS. SO. GOOD!There was one thing I need to mention, the Jalapeno and Cheese Beef Sausage from Southside Market & Barbeque was DELICIOUS. I haven’t had sausage with peppers in it before and these sausages make my taste buds sing! 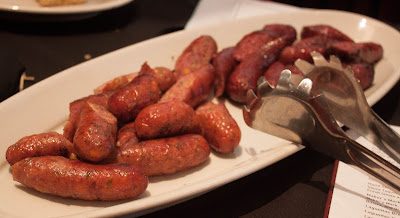 In summary, I learned a lot and tasted a lot of from Camp Brisket at Weber Grill Restaurant. I met some great pioneers in the BBQ industry met some new foodies. If you ever get the chance to attend this event or any other Weber Grill event – you won’t be disappointed!