Did you know that October is Filipino American Heritage Month? I wouldn’t be surprised if you didn’t. In fact, I wouldn’t be surprised if you were unsure what Filipino culture was really about. But thanks to some amazing people of Filipino Kitchen here in Chicago, there are probably a thousand or more people that got a taste of what Filipino American means. Literally. Kultura Festival was the first ever festival here in Chicago created to embrace the contributions of Filipino Americans. The best way to do this? Through food! I was honored to be a part of this event, which was clearly a success in many ways, just as it was a learning experience for all. 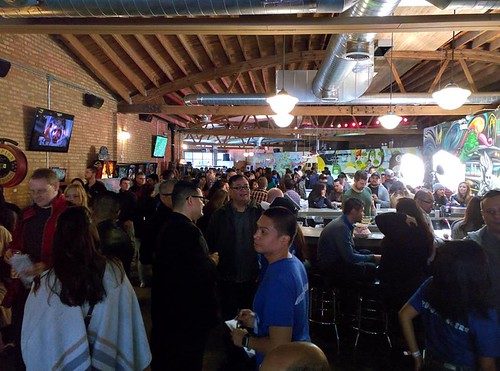 First off, we had no idea the event would have such a tremendous response. In fact, as a vendor, we were told to prepare 200-300 servings for the 7 hour event that ran from 11am to 6pm. Having done similar events before, I knew I needed to plan accordingly and make a bit more… you know, just in case. That said, I thought I did extremely well in terms of volume of food. We had enough to carry us through the bulk and mad rush of the event, up until things significantly died down around 4pm. The food vendor next to us barely made it 2 hours into the event and ended up closing up shop since they ran out of food. Apparently, this was the case for many food vendors. Before I knew it, I saw vendors packing up and leaving while attendees were still coming through the door.
Speaking of attendees, I was located at the entrance and folks were lined up for quite some time. We learned that our venue hit the maximum capacity and they couldn’t let more attendees in until few straggled out. I guess in this instance, it pays off to come on time or early… “Filipino time” wouldn’t have helped you at all!
For those that were able to enjoy the festival before vendors ran out of food, some offerings included these longanisa rolls stuffed with native Filipino pork sausage, garnished with a ginger cream sauce and accompanied with pickles… 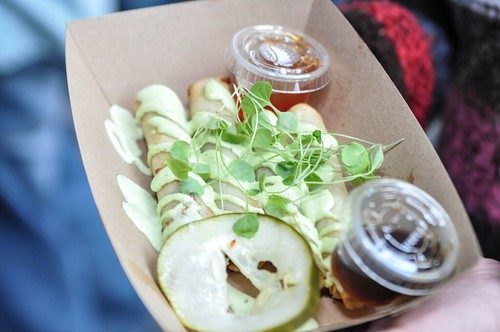 Another one were these steamed buns (aka siopao) stuffed with braised beef and served with the common flavor elements of the Filipino dish, Kare Kare. Peanuts, eggplant, seaweed, shrimp paste and egg were artistically plated in an elevated version of Kare Kare… 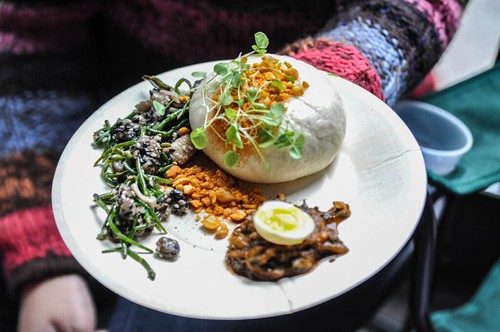 For dessert, halo halo, a cross between a milkshake and granola parfait, was available and included tropical fruits, shaved ice, milk and rice crispies. Another dessert was a caramel cake topped with a banana ice cream and sweet pastry crisp as a take on the traditional banana eggroll dessert, turon. 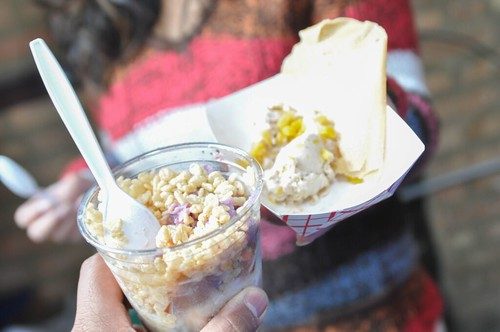 For me, I didn’t want to overthink my offerings and went with something easy, quick and significant. Besides, I knew as a guest I want to get my food relatively fast at a festival where other food vendors would be present. 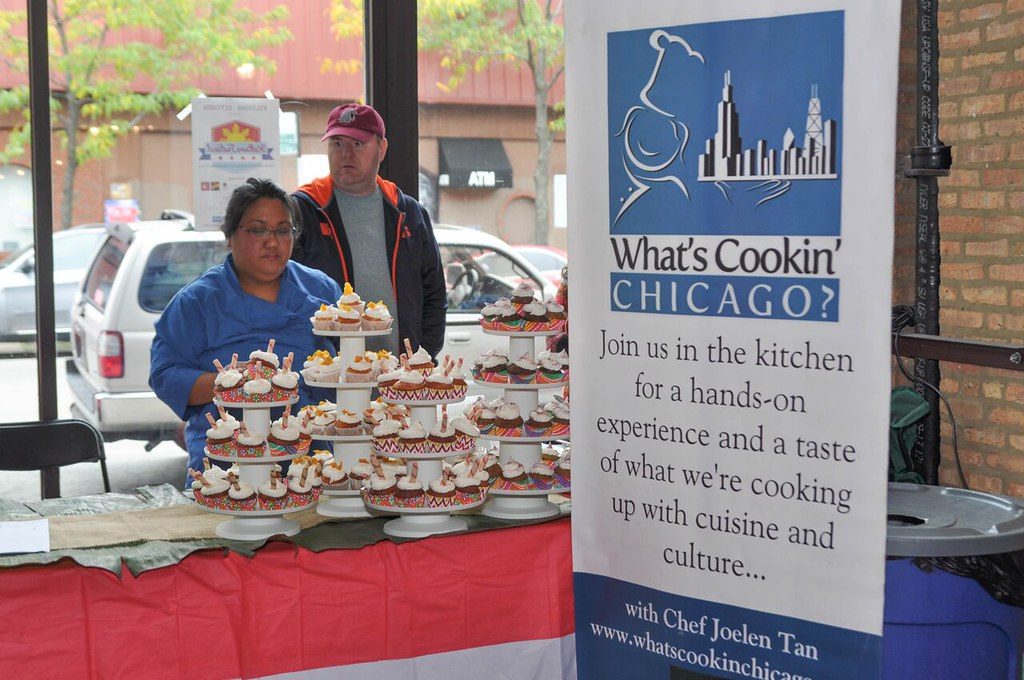 I offered up both a sweet and savory option – pork lechon lettuce wraps and tropical cupcakes. Lechon is a very important dish from my childhood and pork is a top source of protein in the cuisine. I wanted to prepare something light and gluten free so I served my lechon as a lettuce wrap with steamed rice, topped with a mango and tomato salsa that had a touch of Philippine lime, or calamansi. We sold out of our lechon lettuce wraps at the perfect time, just as the crowds died down. I did however run out of salsa towards the end but the wraps were still pretty good and flavorful. 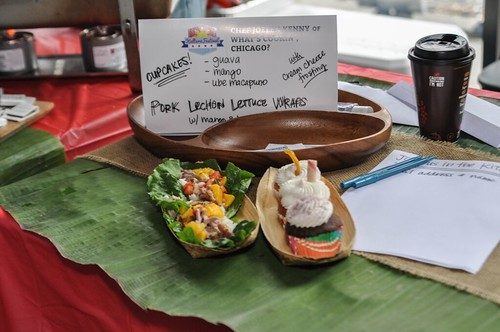 My cupcakes were also a popular hit and it was flattering to have some folks come by happy to see them. Years ago I used to sell them through select Filipino grocery stores in the Chicagoland area. When I left the city, the cupcakes came with me… but I brought them to the festival as it was only fitting. I made three flavors – mango, guava and ube macapuno (purple yam & coconut – a very popular Filipino dessert flavor combination.) Just as I ran out of salsa, I also ran out of frosting also at the very end but managed to sell all 300+ cupcakes I brought! 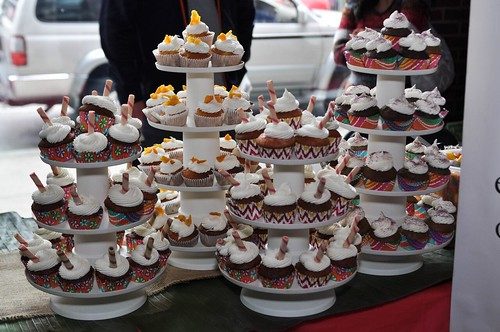 Overall, it was an amazing experience and I would do it all over again. I’m looking forward to participating in Kultura Chicago 2.0 next year. And given how this first year went, I have no doubt in my mind that it’s going to be even bigger, better and more delicious!