Happy October Friends! Over the weekend, my husband and I celebrated Oktoberfest at Hofbrauhaus – the best place in our area to enjoy German fare and lots of overflowing beverages.

One of the first things that you’ll experience upon stepping inside Hofbrauhaus is the sweet smell of toasted nuts coated in sugary cinnamon. Bavarian style Cinnamon Pecans are a popular treat and I was inspired to make some the next day using my Instant Pot.

The recipe that inspired me is from here. I adapted it to give it some more flavor using Pumpkin Pie spice (it is pumpkin spice season after all!) and we loved how they turned out. Plan on making a big batch – these will not last long! 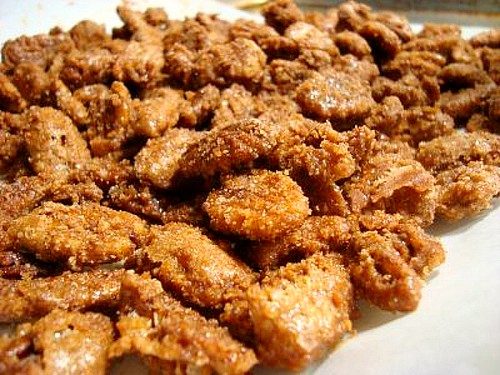 In a bowl, combine the egg whites, vanilla and water. Whisk until frothy and place in a gallon sized resealable bag.

Add the pecans to the egg white mixture inside the resealable bag. Seal and toss to coat the pecans thoroughly.

Add the coated pecans to the IP and stir to coat.

Secure the lid of the IP and ensure the valve is set to SEALING.

Press MANUAL and adjust the time to 8 minutes on HIGH pressure.
The display will reflect ON while the IP comes to pressure. Allow a few minutes for your IP to come to pressure.

Once at pressure, the display will reflect 8 (the number of minutes you initially set) and will begin to countdown to 0 minutes.

Transfer pecans to a parchment lined baking sheet and spread out to cool for 15-20 minutes. This allows the sugars to harden and give the pecans a crunchy texture.

Meanwhile, preheat your oven to 350 degrees.

After pecans have cooled, bake the pecans in the preheated oven for 3-5 minutes, watching carefully that they don’t burn. Remove from oven and cool until safe enough to enjoy. 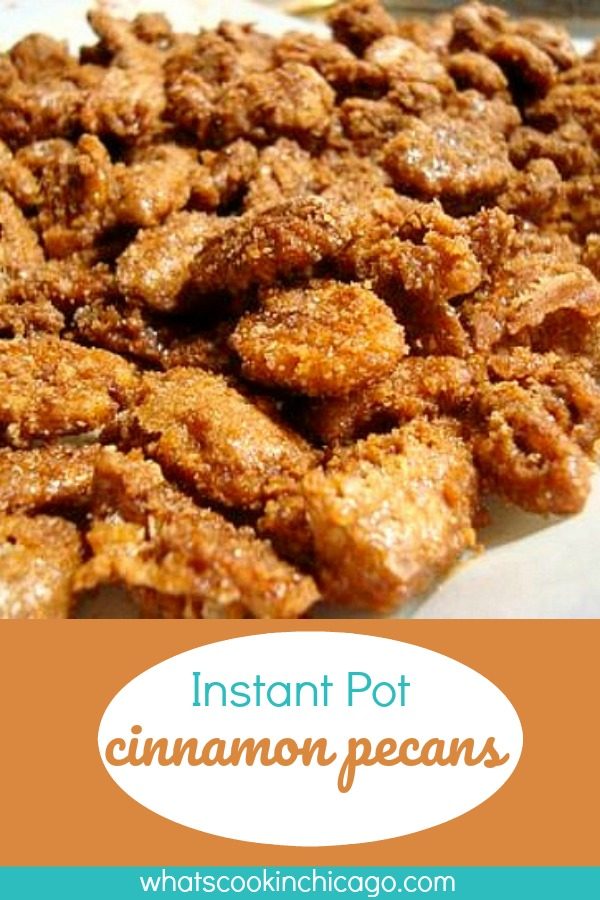