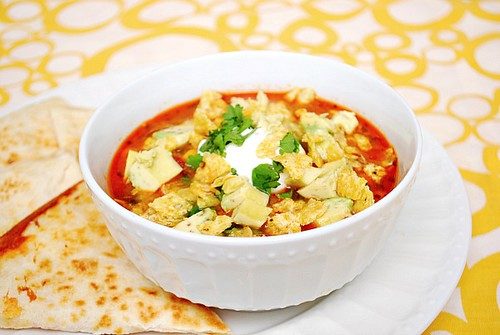 Fall means we’re eating more soup! I’ve been in the mood for a good bowl of soup and recently, I made this Chicken Pozole Rojo. It’s a delicious soup full of chicken, hominy, poblano peppers in a rich and flavorful chile broth that’s perfect for chilly days…

Pozole is a common Mexican soup or stew made with hominy, which are dried maize kernels – they look like giant corn kernels. These kernels have soaked in an alkali solution {lye} which causes it to puff up and double in size. They are naturally gluten free and are essential in pozole recipes. You can find hominy in the grocery store by the canned beans section or any Latin or Mexican market. {Goya is the brand I prefer.} This one is a red or ‘rojo’ version due to the dried chile powder used. Think of it like a chicken tortilla soup with puffy corn mixed in – yum! I especially liked how filling and flavorful it is and we enjoyed this with Chihuahua cheese quesadillas… 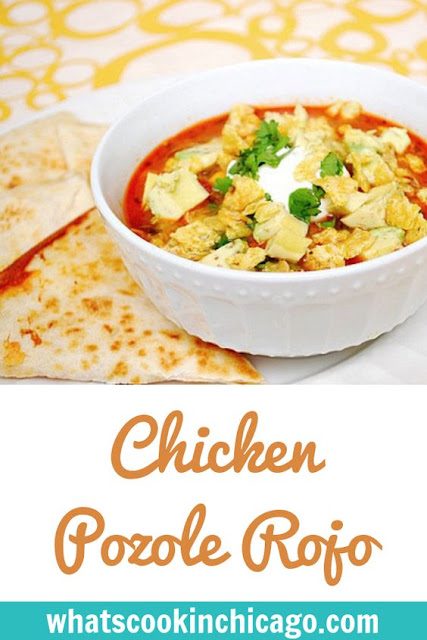