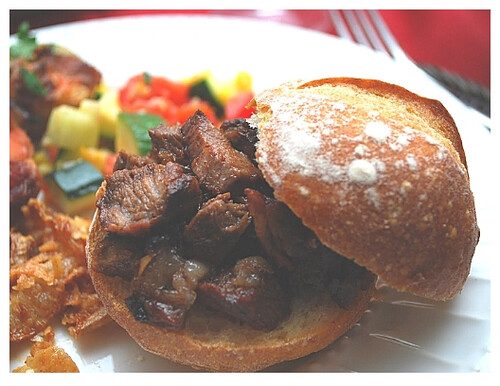 Ahhh Beef. It’s what’s for dinner. One of my favorite cuts is beef short ribs simply because they’re meaty, juicy and flavorful… what’s not to love? I’ve been able to catch beef short ribs on sale lately so I had to stock up. Normally I braise beef short ribs, especially if they are a thick cut versus a thin cut… but I wanted to try something different. Rather than braising for hours on end, I decided to pressure cook the beef ribs with a jar of BBQ sauce. Once pressure cooked, I popped them into the broiler to get some crispy charred edges and chopped them up. The result? A perfect filling for sliders… so delicious! You can even prepare this in a crockpot and let it go for 6-8 hours on low. I served these sliders with buttermilk onion strings and a summer corn salad. As for tailgating, it’s pretty easy if you’re using the Instant Pot – make these in advance and bring them along on game day! 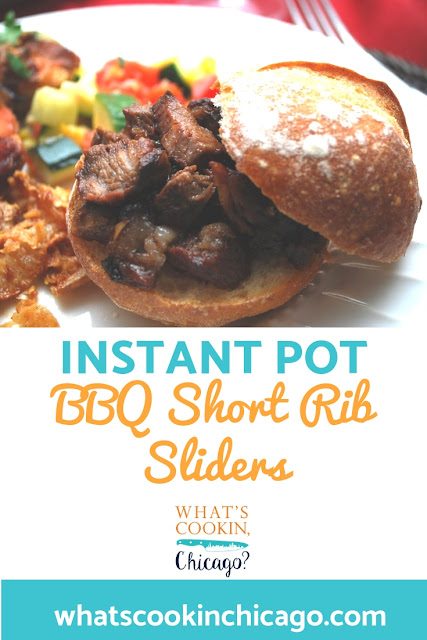